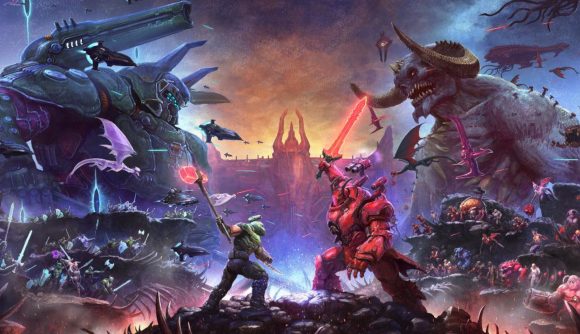 Summer Games Done Quick 2021 Online gets underway this weekend. Set to run July 4 – 11, the annual speedrunning festival will be raising money for Doctors Without Borders, and the slate of games run the gamut from beloved RPG games to the latest FPS games.

After a pre-show scheduled to begin July 4 at 8:30 a.m. PDT / 11:30 a.m. EDT / 4:30 p.m. BST, the runs get underway with an any-percent speedrun of Dragon Age: Inquisition, which runner Lemuura plans to finish in a swift 30 minutes. Yoshipro will follow that with a 40-minute any-percent run of Double Fine’s 3D platformer Psychonauts.

The event runs for a full week, but we thought we’d point out a few runs that look particularly interesting to PC gamers. Around 1:06 a.m. PDT / 4:06 a.m. EDT / 9:06 a.m. BST July 6, thewaffleman plans to do a 30-minute speedrun of Early Access sandbox game Teardown, which is about breaking into beautiful little voxel-crafted settings and stealing things. That could be a fun session to watch. Thursday will feature a one-hour 100% run of Outer Wilds by thestrangepie, which is set for 11:25 p.m. PDT / 2:25 p.m. EDT / 7:25 p.m. BST.

Like last year’s event, this year’s SGDQ will be held online, without the usual in-person affair in Bloomington, Minnesota. The last event still raised $2.3 million USD for charity, however, and hopefully this year’s festival will do just as well. You can tune in on YouTube or Twitch once the event kicks off this weekend. The full schedule is available on the official Games Done Quick site.