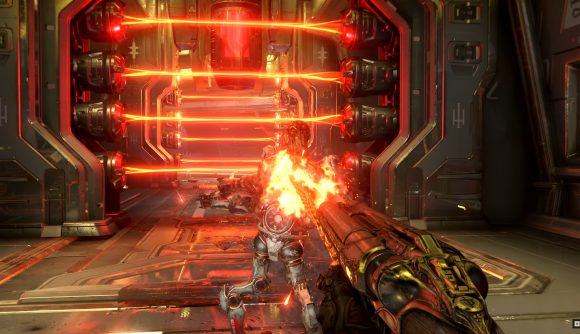 The much-anticipated ray-tracing and DLSS patch for Doom Eternal has arrived, and it’s a doozy. In addition to adding the fancy new graphical effects, Update 6 includes fixes and tweaks for the campaign and multiplayer, a new ballista skin, a whole new Battlemode arena called Corrosion, and plenty more.

At the top  of the bill is support for ray-traced lighting effects in the FPS game. To use these, you’ll need a PC equipped with an Nvidia GeForce RTX 2060 or AMD Radeon RX 6700XT at a minimum in order to hit 60 FPS at 1080p on low quality settings. At 1440p, id Software recommends any RTX-branded Nvidia card with at least 8GB of VRAM or an AMD Radeon RX 6800. You’ll also want to be sporting an Intel Core i7-6700K or better, or an AMD Ryzen 7 1800X or better to take advantage of ray-tracing at 1440p and high quality graphics settings.

Helpfully, the update also includes support for DLSS, which can often drastically improve performance by upscaling an image rendered at a lower base resolution. You’ll need an Nvidia GPU to use DLSS, but both Nvidia and AMD graphics cards should be able to handle Doom Eternal’s implementation of ray-traced lighting.

Here’s how it looks: 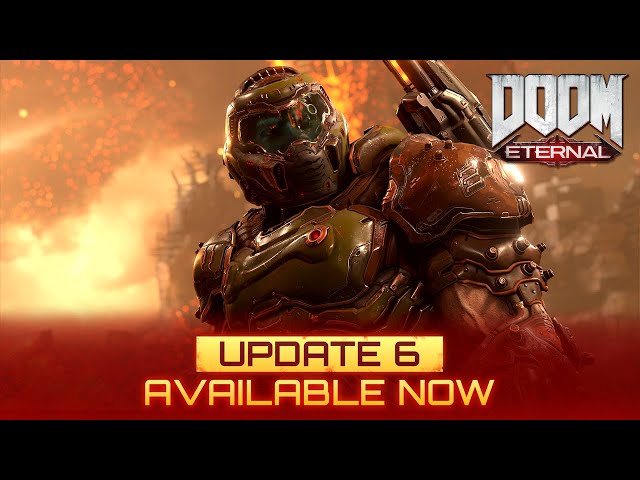 So what else is in this update? There’s a new master level, Taras Nabad, which features an “entirely new combat experience” that’s been “built from the ground up” to challenge players “beyond anything seen in the campaign.” Lovely. There are also new environmental hazards in the map, as well as new rewards available for completing the new master level on different difficulty settings and modes.

The new Battlemode map, Corrosion, is a “forgotten fortress that’s been ravaged by a hellish swamp,” id says in the update post. Battlements form an outer ring around an inner courtyard, with catacombs providing space for close-quarters combat below.

The campaigns, including the Ancient Gods DLC expansions, have gotten some balance tweaks. Perhaps most notably, you can now freeze the Doom Hunter boss variants, and we reckon that fellow is due for quite the comeuppance. Battlemode has gotten a pass as well, with optimisations applied to bandwidth use that should reduce server hitches.

Finally, there’s also a shiny new ballista skin that literally coats the weapon in satin-finish chrome in order to show off all the gorgeous new lighting effects added with ray tracing. Doom Eternal was our 2020 game of the year, so get in there and do some ripping and tearing.