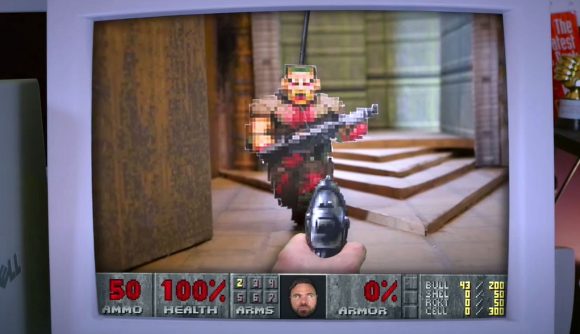 There’s a YouTube channel dedicated to recreating classic games using a very unusual medium – cardboard – and it’s more than a little impressive. The channel, named simply Games Made of Cardboard, has captured the essence of a whole bunch of retro titles via this very manual and creative medium, and its creator Bill Thorpe has now unveiled the latest: Doom 2 made of cardboard.

Describing Doom 2’s latest port as his “most ambitious and creative project to date” and a “personal tribute to one of my most treasured games of all time”, the creator explains that the project took them an eye-watering nine months to complete, adding he’s “both happy and relieved to have completed it”. After nine months and plenty of hard work – as you can see through the various ‘making of’-style videos of it on the channel – it’s easy to see why, but the final result is worth it.

The clip below showcases the final thing – Doom 2 as played via cardboard. The classic FPS game’s levels are recreated painstakingly, with combat encounters, gun and destruction effects, and even Doom Guy’s snarling (and sometimes bloody) avatar faithfully remade. Not to mention, John Romero himself has jumped into the fun, recreating his role as the famous ‘Romero’s Head’ Doom 2 easter egg.

You can take a look for yourself at Doom 2 à la cardboard below: 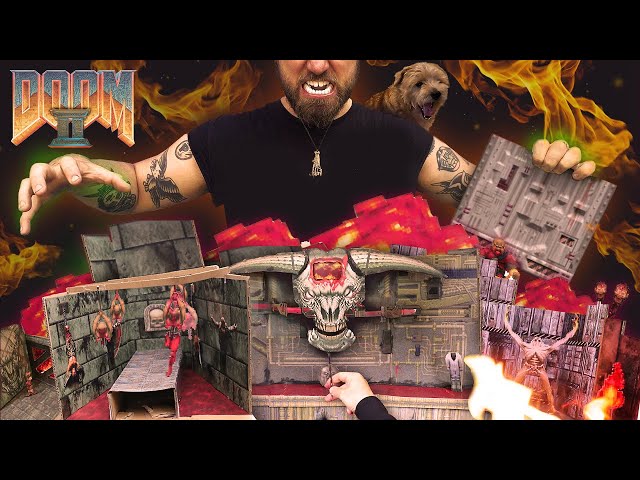 If you’re keen to get an idea of how Thorpe put the impressive project together, head to Games Made of Cardboard’s YouTube channel to check out its various making-of clips. There are also recreations of games like Quake, Doom (the first one), and other treats to check out while you’re there.