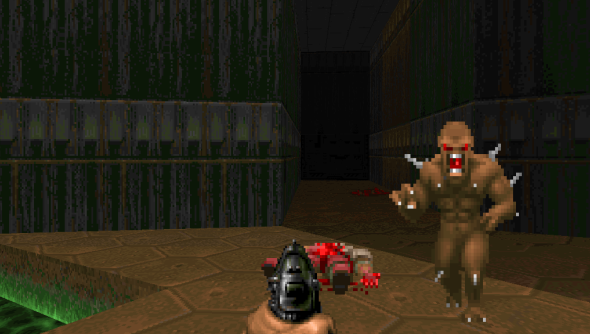 Doom is famous for its sound effects: the low shout of the shotgun; the wail-clunk of the vertically-sliding doors; the enemy barks made terrifying for the lack of footsteps preceding them.

They inspire imitation. And imitated they have been, in their entirety, by a man with a microphone and a way with modding.

“This was actually made at the end of July in 2014,” wrote creator Mallo. “But I was too lazy to actually upload it.”

And under ‘bugs’, the author recommended users not to install his work: “This entire thing is a one big bug.”

Those who do, however, are treated to a dynamic performance of doo-wop item pick-ups and tongue-click reloads. Hear many of those noises captured in their element by RPS:

The mod’s compatible with the first two Dooms. No word on whether or not it’ll be updated for Doom 4. Which will you try it with first?