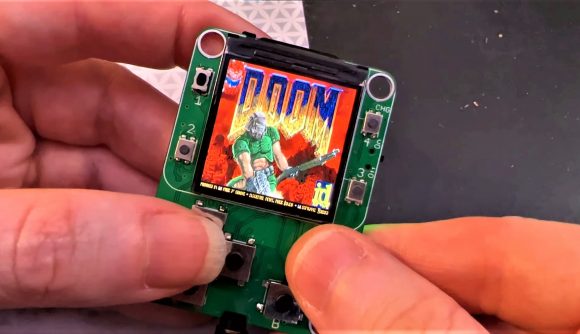 Transforming everyday appliances into Doom gaming machines is something of a sport. We’ve already witnessed the FPS game running on everything from a digital camera display to a restaurant order system, and it even runs on holographic displays. Thanks to developers over at Adafruit, the id Software classic is now playable on a gaming PC that’s smaller than a credit card, providing you’re not prone to hand cramps.

The device uses Retro-Go port of Prboom, an overhauled version of the original Doom engine. While getting the game onto unconventional appliances usually requires some tinkering, Adafruit says the DOS shooter “pretty much just worked” after simply loading the shareware DOOM1.WAD file from an SD card.

Adafruit suggests that the PINKY could be the smallest “playable” Doom device out there, which sounds more like a challenge than a selling point. It’s worth noting that while the game has made its way onto calculators and dinky Nintendo Game and Watch consoles in the past, we can’t recall seeing it run on something that’d probably fit in your wallet. 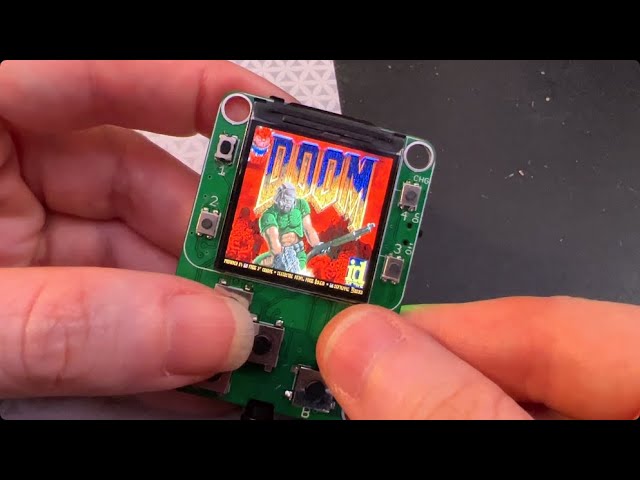 The PINKY is still in development, but Adafruit says it plans to reach out to Doom creators John Romero & John Carmack for their opinion on the dinky device. Bashing on tiny buttons to gun down hell’s denizens won’t be for everyone, but playing a classic shooter on something so small is probably worth trying at least once in your life.