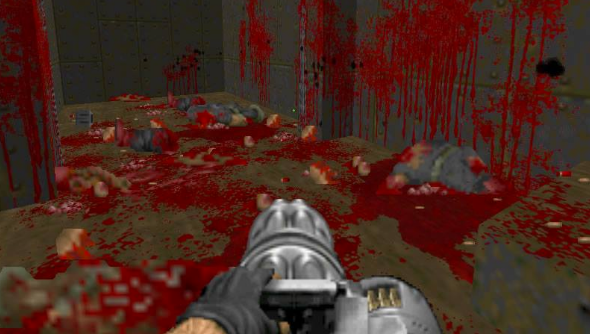 Brutal Doom, the insane mod that increases Doom’s gore levels to stomach-churning heights, has brought corpse destruction back for its 20th version. You can get an eye-full of smeared blood and guts in the test footage, which shows off some teeth-clenching headshots.

Kicking around and generally blowing apart body bits has been in the mod before, but the v19 update saw the feature removed. Version 20 intends to put the morbid post-battle activity back in, allowing you to literally paint the corridors red with chainsaws and buckshot a your paintbrushes of choice.

There’s currently no release date for v20, but it looks like the team are putting plenty of effort in.