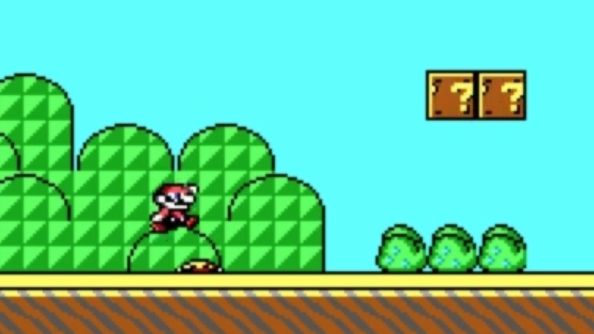 Before id Software were famous for Doom and Wolfenstein, their biggest release was Commander Keen: a side-scrolling platformer involving a pogoing 8-year old protagonist. To celebrate the anniversary of Keen, id founder John Romero has uploaded a video of the Super Mario Bros. 3 PC demo that the company created in 1990 as a sample for Nintendo.

If it was available, would Super Mario Bros. 3 be one of the best PC games ever?

The link here is that this PC port of Nintendo’s classic plumber simulator would go on to become Commander Keen. In the early days of id Software, John Carmack had managed to create a technology that allowed smooth screen-scrolling on EGA display adaptors, similar to the tech used on the SNES for Mario’s smooth scrolling levels. To prove the tech worked, Carmack and designer Tom Hall rebuilt Super Mario Bros. 3’s first level.

The team replaced Mario with Dangerous Dave, a character from one of John Romero’s early games, but this move was cut down by Softdisk, Romero’s former employer. With the game already built, the id team simply decided to return Mario to the game and pitch a PC port to Nintendo. The Japanese giant’s stance of ports was as negative then as it is now, so unsurprisingly that led to nothing. However, Apogee Software showed interest, and the little port became Commander Keen, which was released episodically as shareware between 1990 and ‘91.