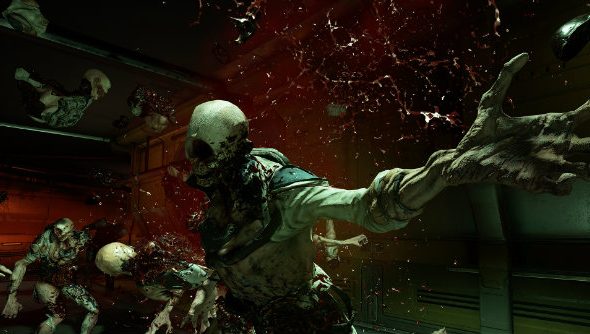 Bethesda have just shown off some more multiplayer gameplay for iD Software’s first-person fragathon, Doom, along with dates for its closed beta.

It’ll be interesting to see if Doom’s good enough to make it into our picks of PC’s best FPS games, because then it’ll be on there twice.

Some of the footage from the trailer looks like classic deathmatch fodder – big jumps, instant gibbing, rail guns and deadly rockets – but I’m not at all sold on the monster transforming stuff just yet. Saying that, picking a player up by the head and mashing their skull into a wall could be fun.

Some of the powerups look interesting, though, like the ability to project a decoy to distract your enemies while you flank them and deliver a shotgun round to the back of the head. Have a watch:

If you pre-ordered Wolfenstein: The New Order – or if you got a beta code by some other means – you’ll be able to try all that trailer goodness out the closed beta which will run from March 31 – April 3.