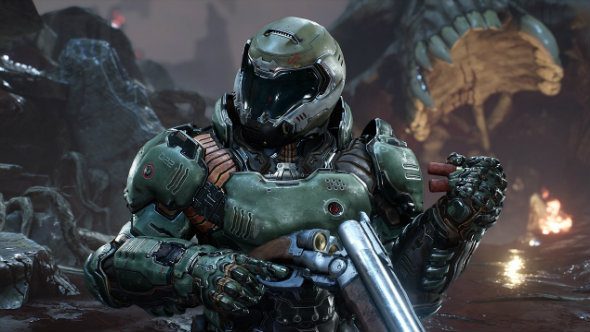 Doom just got yet another free update, bringing the total up to five. This one adds a new game mode, loads of stuff to SnapMap and also strips out copy protection software Denuvo. The 11GB patch also bumps the game’s file size up to epic proportions.

The removal of Denuvo isn’t referenced in the patch notes, but people have been digging into the files – as they do on PC -and found that id Software have hoisted it out.

Elsewhere, in official patch notes land, bots have been made available on original multiplayer maps in Team Deathmatch and Deathmatch game modes, so you can brush up your running and gunning skills before taking on another person.

There’s also a new ball-based game mode called Infernal Run. See that and more in the official patch notes below: