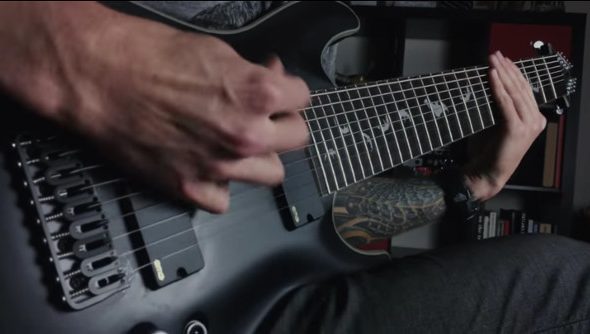 Mick Gordon is one of the best composers in games today. He creates absolutely thumping tracks that seem custom designed to work with games, rather than legacies from other mediums patched in. He worked on the soundtrack for Doom, and today released the first part of a series of videos about how the music – which is absolutely stunning, by the way – was made. In this first video, custom instruments aplenty to help recreate that iconic E1M1.

Could we have another of the best PC games 2016 on our hands? Find out in our review soon.

DOOM: Behind The Music, as it’s called, is being hosted on Gordon’s own YouTube channel. No word as of yet how many parts there will be.

I was already thirsty for this soundtrack like a man on fire, this has pushed me into a berserk stance that id haven’t already released it. That Gordon’s managed to create an E1M1 remix that rivals even the mighty Hangarmageddon is incredible, nevermind the rest of it.

We’ll keep this post updated as Gordon releases more videos. Like everyone else, we only received Doom review code last night, so our review is a little way off yet. However, we’ll have our customary port review for you later today – Fraser’s getting stuck into the game’s guts right now.