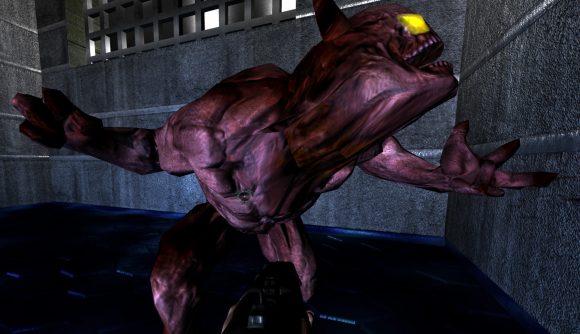 Doom 3 is the least-loved entry in id’s pioneering shooter series, but it does offer a more atmospheric take on the eternal struggle between demons and space marines. That’s why Doom Reborn is taking the classic levels from the original two games and porting them to Doom 3’s engine – and the mod is now available as a standalone release, giving you a perfect way to pass the days heading into the Doom Eternal release date.

The idea is to keep the classic Doom spirit alive while using all the “engine eye candy ID Software has provided us with” in idTech4. The mod uses all the original level geometry from Doom 1 and 2, so you’re still getting blocky environments and flat walls, but you’ll see vastly improved lighting effects and more reactive, three-dimensional enemies as they appeared in Doom 3.

Doom Reborn still isn’t finished – the new 1.61 release is still labeled as a pre-beta – but it’s available for download at ModDB (via DSOGaming), and features plenty of demon-slaying goodness.

The modders hope that this standalone release will encourage the community to bring their own custom WADs to the project – or, potentially, even a remake of John Romero’s Sigil for Doom Reborn.

Doom clones: Check out the best FPS games on PC

This standalone release might prove problematic, though, as it did for Doom Remake 4, which received the legal hammer from ZeniMax earlier this year. DR4’s creator said that the shutdown was because it used a “third-party game engine,” so Doom Reborn’s focus on idTech might still turn out alright.