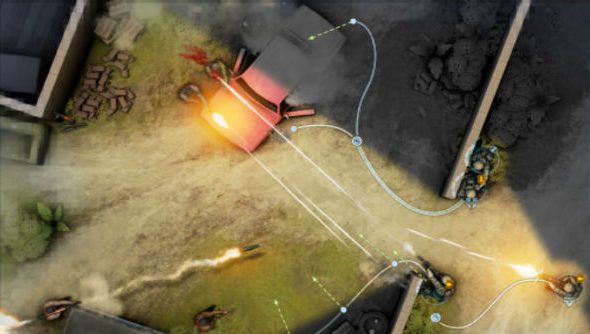 Although sort of announced a couple of weeks back, the sequel to 2014’s much-loved Door Kickers has now very much been confirmed by developers KillHouse Games. There’s quite a few stark changes this time around and while it’s expected to hit Early Access in Q4 2016, final release will be, in the developer’s words, done when it’s done.

A fair amount of pre-raid planning takes place in Door Kickers over and above all the, you know, door kicking. If that excites, you should check out our best strategy games on PC.

According to an announcement on the game’s website, Door Kickers 2 (or Door Kickers 2: Task Force North, to give it its Sunday name) will have you assuming a new role, this time heading up a Spec Ops military squadron who’re out to thwart a terrorist sect.

Weapons pack a little more oomph this time, as you might expect, and whereas shields and tasers now take a back seat, belt-fed guns and frag grenades very much grab the wheel. Extraction and insertion also play a more integral role as to how raids pan out; so too does stealth, should wish to engage in a nighttime siege.

Developers KillHouse admit that while new trooper classes, weapons, tool and gadgets will undoubtedly increase your strategical edge, one thing is constant: “You’ll live and you’ll die by your tactics…And then you’ll hit Restart and try again.”

Again, Door Kickers 2 isn’t expected to land on Early Access until the last few months of 2016 but I’m already getting a wee bit excited.