Have you heard? Dota 2 is officially released now, and what better way to celebrate than to release a new hero. Abaddon is a ghostly knight with a glowing blue horse, typically played as a support role. He’s rather special in that fact that he has a habit of refusing to die thanks to his ultimate Borrowed Time. He can also heal and shield enemies while also throwing the hurt his enemies way when the time calls for it. Also in this update: a wealth of cosmetic items, all themed around the ongoing Steam summer sale.

First lets talk about Abaddon. He’s a really fun hero, with one of most versatile in the game. He’s mainly played as a support hero due to his beneficial abilities with Death Coil and Aphotic Shield, but because he’s a strength hero he can play the role of a semi-carry or a tank.

Lets take a look at his abilities:

Death Coil: A targeted ability, Death Coil can either damage enemies or heal allies. It has a respectable 800 unit range and can be used to finish off fleeing enemies or a last minute save on your friends. Casting this ability not only consumes mana but also costs some of Abaddon’s health. The cost is dealt as pure damage, and can also be used to deny yourself if your death is certain.

Aphotic Shield: A shield that blocks damage and damages enemies, this is ability has a ton of uses. You can place it on any allied unit, meaning heroes or creeps. When it has blocked a certain amount of damage, the shield explodes dealing the total absorbed damage in large AoE around the target. It also removes certain negative buffs and stuns.

Borrowed Time: This ultimate is why Abaddon is simply one of the hardest to kill heroes in the game. When activated most negative buffs are removed and any damage Abaddon takes will instead heal him for that amount. If the ability isn’t on cooldown, Borrowed Time will activate automatically when Abaddon reaches a critical threshold. Also any projectiles will be dodged if Borrowed Time is activated before they hit. 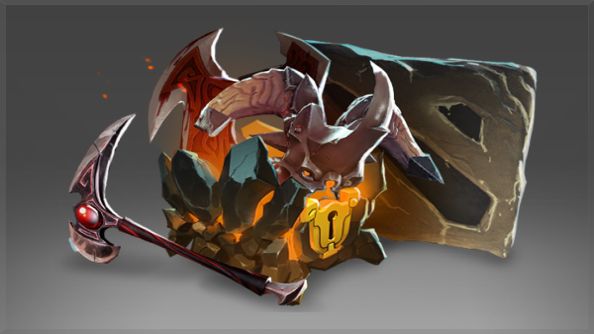 Scary horseman aside, the Steam summer sale is upon us. This year you can grab various summer sale themed items and bundles. Quirt’s Summer 2013 Bundle is on sale in the in-game store and includes various rare sets for a bunch of heroes. You can also find a Quirt’s Summer Crate while you play, but the loot list is currently unknown.

Lastly Dota 2 is now supported on both Mac OS X and Linux. It’s still early days, so go test them out and report those bugs!

– Death Prophet: Fixed AI on Exorcism spirits that caused them to sometimes be less efficient and linger on units far from you

– Huskar: Fixed being able to attack while he is leaping in Life Break

– Lich: Fixed the order of damage instances on Frost Nova

– Omniknight: Fixed his spells not working on Mechanical units

– Fixed Siege not getting increased damage when the Ranged Barracks dies

– Added a hotkey to Select All Units

– Added a hotkey to activate Speed Burst on your flying courier

– Moved Solo Only Matchmaking to a setting on the main Find Match tab.

… When a player reaches a Godlike streak

… When a Courier is killed

… When a player buys a Divine Rapier

– Fixes for a few portrait based effects, such as Enigma’s vortex

Mac and Linux support is early and experimental. They will be remain in Dota 2 Test until the testing phase is complete. For reporting bugs, please see the Dota 2 GitHub at https://github.com/ValveSoftware/Dota-2/issues For community discussion of the Mac and Linux versions head to the Dota 2 Dev forums at http://dev.dota2.com/forumdisplay.php?f=447

– Bots will no longer stare at a dropped gem, futilely trying to destroy it.