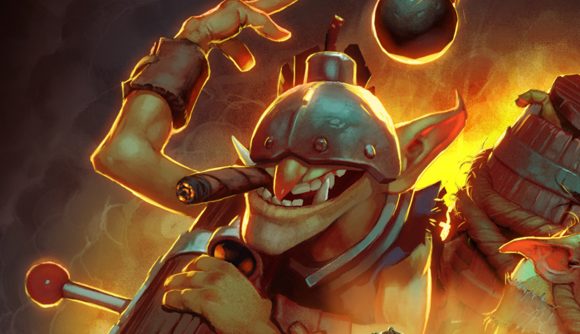 Valve has announced that the Dota 2 7.31 patch is due out this week, and the highlight will apparently be a redo of everyone’s least favourite trio of goblins – the Techies Demolitions pack. A lot of players will be happy to hear that the popular MOBA game is getting a Techies rework at last, but Valve still hasn’t revealed what form it will take.

Arguably the best MOBA game on PC, the arrival of the Techies goblins into Dota 2 was both long-awaited and celebrated when it happened all the way back in 2014 – in fact, the Techies were met with massive cheers and literal explosions when they were first revealed.

Since then, the Techies have fallen into either the love-them-or-hate-them camp, with even Valve’s own tweet about the new update referring to the group as “contentious”. They’re almost entirely trap-based, and they can make matches go on for a long time as opponents are forced to avoid or disable them. As of this week, however, they’re getting a rework.

The Dota 2 update 7.31 will release to players on Steam on Wednesday, February 23. No release time has been announced yet. While the Techies rework is the big deal, Valve has not outlined specifically what it’ll be doing to the hero group, nor what the other changes in 7.31 will include. We’ll just have to wait and see.

Prepare yourselves for the 7.31 Gameplay Patch — arriving on Wednesday with a host of changes, including a rework to the contentious crew of Techies Demolitions! pic.twitter.com/V05J0NVBAx

Dota 2 just hit its biggest peak player count in over a year and a half, partially thanks to the Dragon’s Blood animated show on Netflix – so it’s the perfect time for an exciting new update.