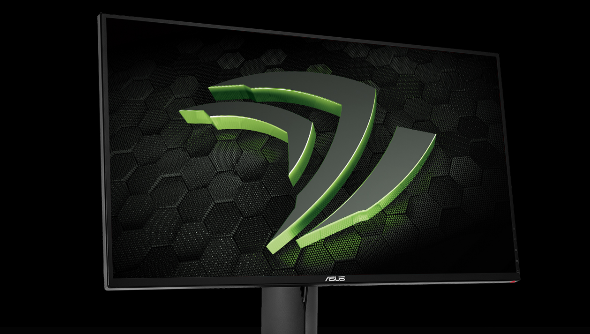 I’m not a professional Dota 2 player, but I imagine there’s probably nothing worse than trying to play an important game at The International and finding your screen is tearing up. That’s probably exactly why all the monitors at this year’s The International were Nvidia G-Sync monitors; screens filled with a bit of fancy tech to stop stuttering and tearing.

You’ve probably used V-Sync in the past to stop these kind of things happening, but V-Sync isn’t a perfect work-around. The main problem is that your monitor’s refresh rate is fixed, but your graphics card isn’t. V-Sync does its best, but it’s not perfect, and causes slowdown in a lot of cases. In an ideal world, your monitor and graphics card would be in perfect sync.

That’s what a G-Sync monitor does. It synchronises a Nvidia GTX graphics card’s output with the refresh rate of the monitor, eliminating screen tearing and minimizing display stutter and input lag. It allows the positives of V-Sync without any of the drawbacks. You can see why this would be vital technology in a tournament as huge as The International.

As such, players at The International this year were all able to play at super-high framerates, without having their game interrupted by unsightly and game-destroying horizontal tears.