If you’re a Dota 2 fan, you’ll know it’s a very big week for the MOBA game’s universe. The Netflix anime Dota: Dragon’s Blood drops in just a couple days, and the streaming giant has been pumping out videos – featuring popular Dota 2 YouTuber SirActionSlacks – about what the show will bring. Now, Netflix’s posted a clip telling Dota lovers out there why they should tune in.

In a new clip “made just for Dota fans”, SirActionSlacks gives a rundown of reasons the show might appeal to existing Dota fans. Reason number one, the YouTuber says, is simple and to-the-point: “because it’s badass!” He explains that the show isn’t just a videogame adaptation or made for a younger audience – instead it’s “adult”. “Characters curse, have sex, get drunk, and get eviscerated violently – gloriously. Much like a ranked Dota game, in this world anything could happen – and, typically, the worst does.”

He adds that, with an adult audience in mind, the show won’t present viewers with predictable storylines or “forced morality” – it “respects you, the viewer”.

Other reasons the clip highlights include the fact that Dragon’s Blood is created by Studio Mir, an anime studio with some serious chops, having made beloved shows like The Legend of Korra and the Voltron: Legendary Defender series. The clip adds that the studio stays faithful to the Dota source material, depicting the same weapons, spells, weapons and heroes from the MOBA universe. 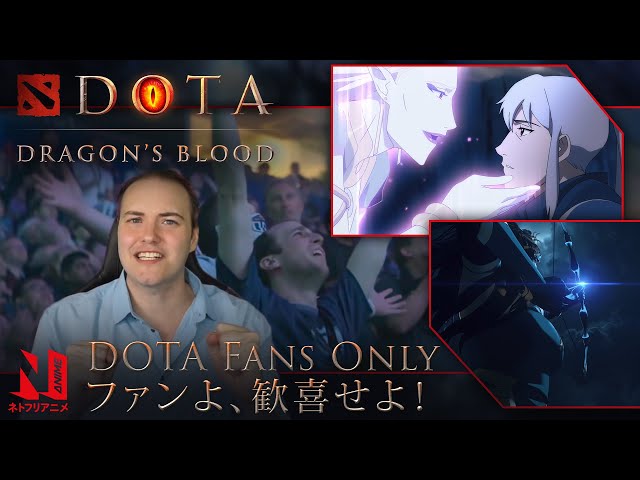 Additionally, the video touches on the talent behind the show – both its writer Ashley Miller and his team, and the voice actors, too – as well as the Dota 2 heroes themselves who are given a whole new platform and backstories, the cohesion it brings to the game’s universe, and also because it’s “an experiment” – a way of easing a much, much wider audience into the Dota world.

You can check out the video in full via the embed above if you’re keen to see and hear more. Dota: Dragon’s Blood hits Netflix on March 25.