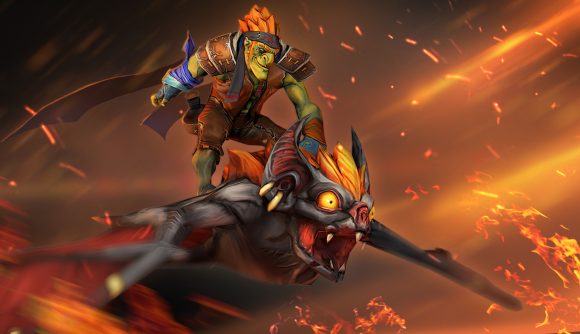 If you’re a diehard Dota 2 player, or League of Legends aficionado, and have always wanted to check out your rival MOBA game, a handy calculator has been made to do just that.

Demoed on his YouTube channel, creator Tzar Potato runs through the mobile app. You can select champions and items, then input what your favourite or go-to is, and then the application will give you a list of recommendations that have a statistical match to your choice. The example in the video for champions is Dota 2’s Batrider – Tzar selects Batrider, and is then given the League’s most Batrider-like champion, Singed. The pair have fire trail and target stun, and both are in the same lane. Clicking into Singed – or any other champion – shows all the other characters they’re matched with, opening the possibility to work through different champions on a similar wavelength to find what really makes you comfortable.

Next is the items, and Tzar shows the choices for Dota 2’s Drum of Endurance. The top pick is LoL’s Shurelya’s Reverie, which is for spellcasters, but he wants something better for a tank, so goes for Dead Man’s Plate instead. Buttons at the top let you switch between Dota 2 and LoL at any point, so you can also browse at your leisure. All the common terminology is included, and the layout is easy to understand in the video, if currently unpolished.

The app’s been in development for some time, and according to the video description, it’s close to being ready-to-use. At the very least, debating which is the best MOBA just got its own calculator.

You can watch the full demo below:

We have guides on the best LoL champions and best Dota 2 heroes for anyone still looking to dip their toes into either. We have you covered for the crossover, too, as someone made a mod inserting League of Legends champions into Dota 2.