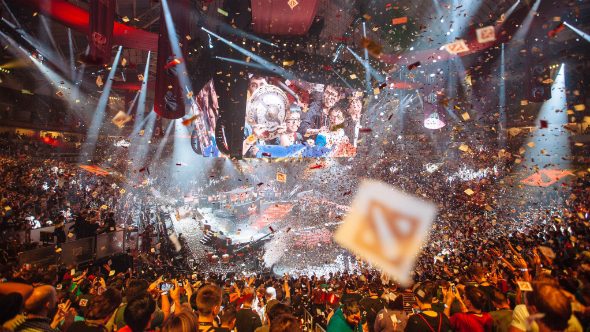 Bing, yes that Bing, the Microsoft search engine you use to find the Chrome installation page on a fresh build, predicted the outcome of Dota’s TI6 with close to 60% success.

See who emerged as the best Dota 2 players in the game after TI6.

This year’s The International was known best not only for its $21 million prize pool, the highest ever, but also for being an upset at almost every opportunity.

The accompanying fan Compendium which allowed players to predict the winners and losers of Valve’s tournament was almost immediately ruined after firm favourites OG crashed out in their second match on the main stage.

Two-time Major winners OG fell to South-East Asian underdogs TNC on the second day, sparking the first of several generally unforeseen results that made the tournament all the more exciting for Dota fans.

However Bing Predicts, an experimental part of the search engine’s data team, used a stats-heavy model to determine the outcome of matches and exceeded some leading gambling odds providers.

“In match-by-match predictions, Bing Predicts got 13 correct out of 22 total (59%),” saysDavide Testuggine,software engineer at Bing. “To put our predictions in context, we compare them to a baseline of predicted winners on prediction markets or betting odds.OddsPortal, a baseline we use for sports predictions, got only 12 of 22 correct (55%) – so Bing Predicts outperformed.”

Though the final bracket Bing predicted had EHOME taking the final, they did at least have Wings, the eventual winners, as their opponents.

Howeveralmost all of the lower bracketis out of sync with reality after the model Bing used discounted Liquid and Fnatic from their deep runs through the elimination matches and, of course, Digital Chaos’ phenomenal survival to the grand final.

You can have a check throughTestuggine’s (dark_tex) commentsunder the analysis of Bing’s performance to see some top data chat with Dota stats chief Ben “Noxville” Steenhuisen, too.