A series of posts on Chinese social-networking site Weibo has revealed that Dota 2 team CIS-Game have been denied visas into the US in preparation for The International next month. Translations reveal that they have no real idea as to why it was denied, with the embassy just saying “sorry”.

Meanwhile winners of the SEA qualifiers, Arrow Gaming, have also been denied visas. If either team cannot attend, they will lose their place in the prestigious tournament, and their chance at the biggest eSports prize pool in history.

UPDATE: Arrow Gaming have secured their US visas thanks to their Malaysian minster. But CIS-Game have had theirs denied a second time. Meanwhile, the Dota 2 International prize pool sits at just over $10 million.

“Great news! Lance, ddz, mozun and xiangzaiii visa approved!! Ti4 here we come! Special thanks to our Minister YB #KhairyJamaluddin and his ministry for the precious help! #malaysiaboleh. Thanks to all our sponsor specially #AVF who been supporting us through the visa application. We will do our best!”

Spotted by Monv18hao on the LiquidDota forums, the posts from Weibo revealed the situation.

“The 4 Chinese players as well as manager of CIS have been denied American visas, they’re currently preparing for their second try.”

Other Dota 2 veterans such as CIS-Game team member Black and Newbee team member xiao8 have managed to get their visas without much issue. For the time being player June has said they’re contacting Valve for assistance with their second attempt.

The problem extends over to SouthEast Asia teams too. Four out of the five players from Arrow Gaming – who won the SEA qualifier to attend TI4 – have also been denied their visas.

New to Dota 2 and don’t know which heroes to play? Take a gander at our best Dota 2 heroes for beginners guide. 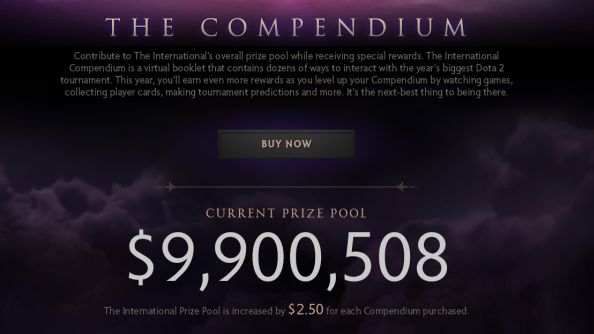 If neither team is granted entry to US soil, they will be forced to miss the tournament altogether, which is currently sitting at $9,900,000 – all thanks to an interactive tournament compendium – at the time of writing and climbing.

Other eSports such as Starcraft 2 and League of Legends have demonstrated serious headway when it comes to visas: both getting their players ‘Internationally Recognised’ Athlete Visas. It’ll be a nervous wait for both teams to see if Valve can do the same.