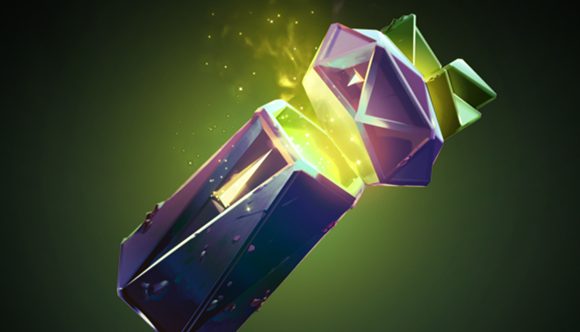 Valve has made a massive change to Dota 2 loot boxes, letting you see exactly what you’ll get before you purchase a treasure – if you’re in the Netherlands, anyway. Recent Dutch regulations have forced Valve to make several changes to how it sells in-game items in titles like Counter-Strike: Global Offensive, and the new changes to Dota 2 are some of the most interesting yet.

When Dutch players look at a treasure, the item contained inside will be highlighted – before you even have to buy it. This is accompanied by a new message that says “Treasures in your region show their contents before opening them.”

According to the Reddit thread where this came to light you can’t buy multiple boxes at the same time anymore, and crate opening animations have been removed. More significantly, continued restrictions on the Steam Marketplace means you can’t trade out unwanted items.

Every time you buy a crate, the game re-rolls to determine what item will be contained in the next treasure you purchase. That means you’re still holding out for randomized items in this loot crate iteration – you just get to see what item you’re getting before you buy it. If you want something specific, you’ll still have to keep buying and hope the drop goes in your favour.

Still, it’s a somewhat different approach than the one Valve took earlier this month, disabling CS:GO loot boxes in Belgium and the Netherlands altogether. The continued Market restrictions are likely in deference to a key part of the ruling from the Dutch Gambling Authority, which states that “loot boxes contravene the law if the in-game goods from the loot boxes are transferable.”

Valve will certainly want to iron out the specifics before the Artifact release date.

That idea of items being “transferable” is a key point in loot box regulation. The UK Gambling Commission ruled last year that loot boxes don’t meet the legal definition of gambling, because the random items received typically can’t be transferred out of the game and redeemed or sold for cash value. The regulators forcing Valve’s hand here likely point to the marketplace functions of Steam as stepping beyond that line.

In the specific case of the Dutch Gambling Authority ruling, it’s important to note that no new laws were created to regulate loot boxes. Instead, games like Dota 2 and CS:GO were found to violate existing gambling law.