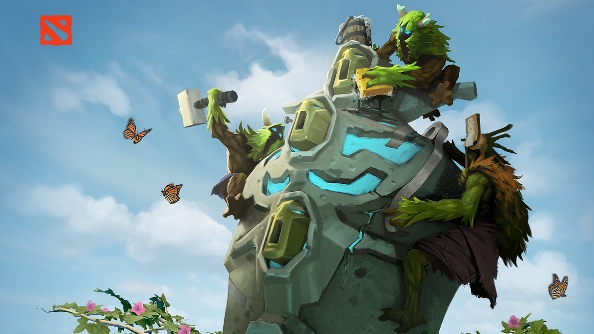 Dota 2 has received its annual spring clean. The latest patch, rather than focusing on tournament shuffles or balance re-tweaks, has its eye on making the interface better for everyone, providing better information, and offering handy hotkeys.

Thanks to continued patches and improvements, no wonder Dota 2 is one of the best MOBAs.

You’ll now find you can create Camera Control Group Hotkeys, meaning by pressing CTRL and an assigned key you can instantly shift the camera to a map position. Handy for keeping your eye on a specific zone.

Talking of hotkeys, you can now make hotkeys hero-specific, rebinding what abilities are on each of the main keys.

The minimap has had a small overhaul, replacing X’s with arrows to better indicate the direction of an enemy unit. Also helping with indication is a new UI element around towers; simply click on them to see their range and current target.

In menus, you can now mute a player’s chat and voice from the scoreboard, and the complete settings menu has been reorganised for easier navigation. The Armoury has also had a bit of a re-design, and the armory slots have been increased, from a base of 1080 to 10000, and a max of 24000 to 34000.

The full range of extensive patch improvements can be found at the Dota 2 Spring Cleaning 2016 page, but outlined above are the biggest highlights of the package. Hopefully you’ll agree with Valve that they’re changes that will help improve every player’s general experience.