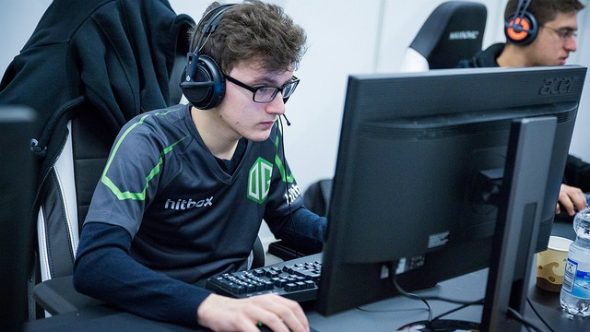 Dota 2 superstars OG have lost Moonmeander, Cr1t- and Miracle- in the biggest surprise so far of the post-International roster shuffle window.

Losing some of the best Dota 2 pro players is a tough blow for OG after TI6.

After hinting at the departures on his Twitch stream Tuesday night, David “Moonmeander” Tan and Andreas “Cr1t” Nielsen have confirmed their exit from the Frankfurt and Manila Major-winning team. Amer “Miracle-” Al-Barkawi has yet to make his move on the official Dota 2 registration page, but an announcement made via the team’s official Facebook page yesterday also confirms their parting ways.

“I would like to thank OG for everything,” Al-Barkawi said in a statement. “We had a really good times [sic] and great memories together. I would like to thank Johan and Tal, they both taught me alot. I still love everyone on OG, they are like a family to me and I wish them the very best.”

OG had a tough time at this year’s The International, going out far earlier than anticipated to south-east Asian underdogs TNC despite being firm favourites. The poor performance appears to have spurred on drastic changes in a team formed in the wake of last year’s post-TI roster shuffle.

Many claimed OG’s success at the Summer and Fall Majors in Manila and Frankfurt to be proof that a team that sticks together can achieve better results than rivals with constantly shifting rosters throughout the year.

The two remaining members of OG, Johan “n0tail” Sundstein and Tal “Fly” Aizik, will be joined by new players once the invitation period of the post-International roster shuffle begins, as well as ‘some other surprises’ hinted by the organisation’s post.

Valve updated the roster system for this year’s Major seasons to include distinct drop and invite periods, and with the first window ending on September 4, teams are shedding players before looking to pick up a better composition for the autumn.