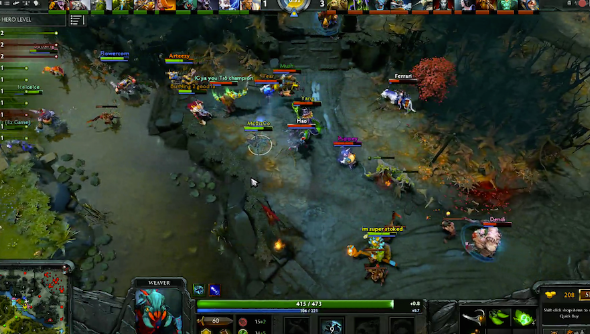 At The International yesterday, Valve made a huge announcement: the player limit on custom Dota 2 games is being increased to 24 players. It’s all part of Dota 2 Reborn, as the MOBA upgrades onto the Source 2.0 engine.

To demonstrate, a 10 v 10 game was held at The International, the highlights of which you can see in the video above. As expected, it’s a much more frantic, explosive game with twice the players. As our Rob said: “The normal game dynamics and matchups are out the window as every fight dissolves into a festival of ultimates and AoE attacks and chain-stuns.”

Dota 2 Reborn officially launches today, and can be downloaded free on Steam. The new custom game support should come into action next week.