Time for the quarterly non-balance Dota 2 update. This edition is called the Winter Battle Pass and includes all manner of cosmetic upgrades as well as the Shanghai Compendium with its detailed stats and info on the teams, games and talent that are taking part in the next major. This being Valve, it’s all held together by a betting system using coins that are refreshed weekly, letting the best players playing the most games level up, get even more items and show off to all their friends.

Get into the game with our guide to the best Dota 2 heroes for beginners.

Here’s the basics of how it works: 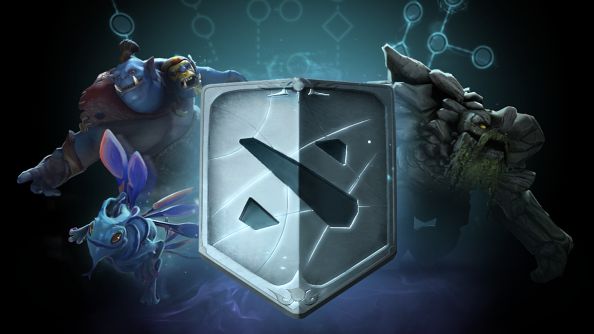 Simple, at least by Valve’s standards. For paying in – $7.99 / £5.29 – you’ll also get automatic access to a pair of winter-themed items. There’s a new, chillier tileset for you to use instead of the default green, along with some icey cold creeps to go with it. Replays gotten under Battle Pass will also be downloadable for three months rather than the standard 10 days. There’s also a host of new items released with this patch that will be available by levelling up, opening caches or buying them from the store. They include the cutest courier I have ever seen, so hop to it.

More info, and a purchase link, on the official minisite. Like Frankfurt, not a penny’s going to the Shanghai Major prize pool, so those folks will need to put up with just the three million they’re already playing for. That kicks off on the 2nd of March, just a month and a bit away. If you need to get your fix before then, the unofficial last big tournament before the major is the MarsTV Dota 2 League that’s currently ongoing with one of the weirdest group stages I’ve ever seen.