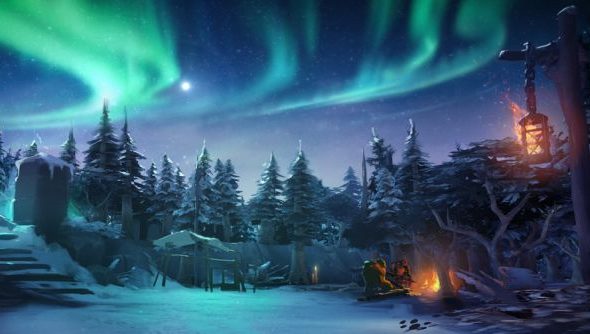 A couple of weeks ago, Valve announced that they’d canceled Christmas in Dota 2, again. While it’s many players were obviously sad, they were reassured it was for the best: with a tease of a new engine update, due early next year, instead taking priority.

But that hasn’t stopped Valve and Icefrog from deploying patch 6.83: chock full of hero balancing, frosty treasures and the return of the snow covered map.

There’s also even a sneak peak at a new and upcoming hero: Winter Wyvern, but only if you have the eyes of an eagle.

The runes at the start of the game will now always be Bounty Runes, that are twice as effective: giving 100 gold and experience to whoever nabs them first. This will mean you’re going to see less opportunities for those first bloods, empowered by an early Double Damage or Haste rune. On the flip side, it also gets rid of the useless spawn of a Regen rune.

All illusions now deal 25% less damage to structures. Sneaky pushing strategies – dubbed as “rating” in the Dota 2 community – has an infamous reputation. Some say it’s a cheap and annoying way strategy, while others consider it more than fair play. This change certainly makes the strategy less effective on heroes that excel with illusions e.g. Naga Siren, Terrorblade, Phantom Lancer and Chaos Knight; even heroes with the Manta Style item.

Further to this, the Melee and Ranged Barracks award a lot less gold – reduced from 352-370, to 100-150 if you score the last hit. However, they will now give 125 gold and 75 gold respectively to each player on the team when destroyed. 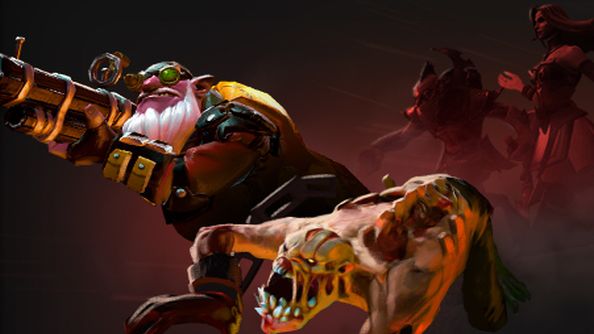 Probably the most meta changing balances come from the changes to various heroes, and the addition of new ones to the tournament standard Captains Mode.

Bloodseeker and Techies are now available in Captain’s Mode, which will allow teams who play in professional tournaments to pick them up. Bloodseeker received quite the revision a few patches ago in the Rekindling update, whereas Techies was added into the game shortly after this year’s Dota 2 International. Expect to see them in pro games, as soon as the patch hits.

Here’s a quirky change. Chen’s Test of Faith ability, which is used to teleport allies and creeps back to the fountain, can now be used on himself. While it doesn’t magically portal him back to the fountain, what it will do now is teleport all of his controlled creeps and units to him. This means your dominated neutral creeps, and item bound ones such as the little demons from the Necronomicon. Could this be the beginning of a rating Chen, using Blink Dagger and Boots of Travel?

Drow Ranger’s Marksmanship agility bonus will now affect any illusions that originate from her, be it friendly or foe. They’ll still only benefit from it as long as no hero is nearby, but since illusions only benefit from raw stat based damage, this is a huge buff. Manta Style might even become a core for Drow Ranger, but it also increases the effectiveness of heroes like Shadow Demon, Terrorblade and Dark Seer against her.

Lifestealer has developed an interesting ability to dominate the creeps that he Infests with his ultimate. He’ll gain access to any of the creeps abilities, and they’ll also gain his current movement speed. While the unit will still look like an ordinary creep, displaying no telling signs that Lifestealer is controlling it, it will become attackable by the enemy team if it’s on of their allied creeps.

These are just a few of the hero balances, be sure to check the rest out on the next page.

Some items also received a few changes, but only a few a notable. Diffusal Blade is now no longer a Unique Attack Modifier, and so can be stacked with those that are. The only exception is that of which are considered Manabreak abilities, such as Anti-Mage’s passive ability. Also Medallion of Courage can now be cast on allies to give them bonus armour, in addition to being able to cast it on enemies for minus armour. 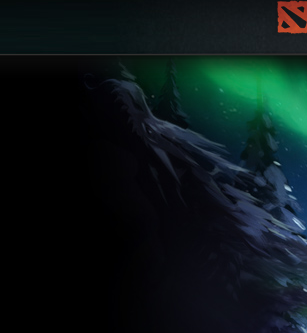 Take a look at the above image, what do you see? If you squint hard enough, you’ll begin to make out the face of a certain draconic creature:WinterWyvern to be precise.WinterWyvern is a new hero, donning the form of a huge frosty dragon,thatarrived in the original Dota for Warcraft 3 earlier this year, and has awaited his arrival to Dota 2 ever since.

Valve sure do like to tease these new heroes inside their update pages, so you can take this with some confidence that we’ll see the flappy ice lizard in the very near future.

Of course, these are only a few of the changes coming with 6.83. Head over to the update page for the full patch notes in their unaltered, and lengthy glory.