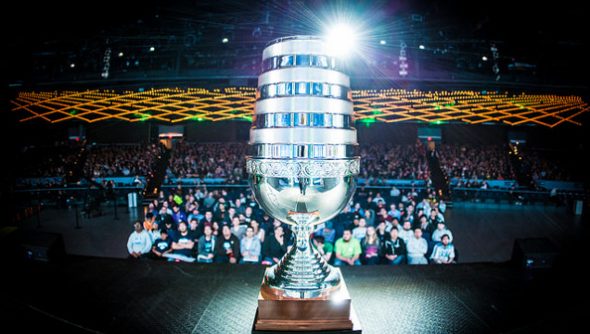 The eSports producers at ESL, having brought their Dota series, ESL One, to major sports arenas around the world, have just announced plans to increase the prize pool for each of the ESL One events in the future. That brings the total prize pool for the ESL One 2015-16 season to a million dollars, starting with a $250,000 pool for the upcoming ESL One Frankfurt this June.

Dota certainly attracts the lavish prize money and tournaments. While this doesn’t make the ESL One series into another DAC (Dota 2 Asian Championships), it’s definitely another sign of the increasingly high pay-outs that are required to put on a high-level Dota 2 tournament.

“We’re starting with ESL One Frankfurt 2015 in June this year, where the prize money has been raised from $150,000 to $250,000 – and this is just the beginning,” said ESL’s Ulrich Schulze, Managing Director of Pro Gaming. in a statement release via press release. “ESL One is here to set a new standard for professional Dota 2 events at this level. We’re dedicated to pushing the boundaries, and giving players from around the world more chances to make their careers as professional gamers is a key aspect of that.”

It’s also a further sign of the ESL’s investment in Dota. A press release from the company claims that the ESL has “quadrupled its 2014 investments into ESL One Dota 2.” That comes on the heels of ESL’s decision to host their ESL One events in major sports and entertainment venues. The Dota 2 tournament scene certainly won’t be wanting for prize money and offline events anytime soon.