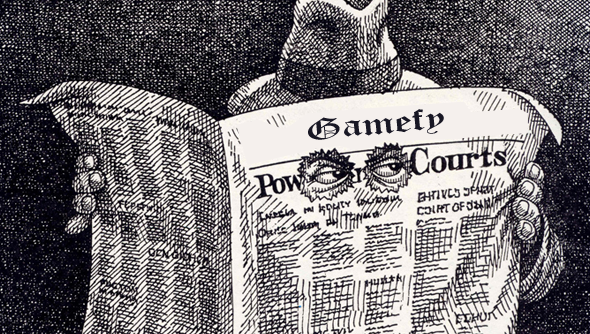 Gamefy have apologised for its camera crew at this year’s Dota International, saying they “entered and began filming the player’s rooms without the permission of Valve and Team DK.” The footage they uploaded contained DK’s drafting strategy for their upcoming match against Evil Genius.

While DK still won their game against Evil Genius, Weibo user Dr_Kleiber wrote to Valve saying that “DK’s core strategy and their drafting ideas has been completely exposed in this video, which would put them in a very negative situation in their following games not only against EG but also against other teams.” And calls for a strict penalty against the company.

Prior to their games at The International, teams are allowed to use a set of private rooms to discuss strategy for their upcoming games. These areas are off limits to everyone else, even the teams’ coaches. Despite this Gamefy sent a camera crew behind the scenes and recorded Team DK’s discussion. the video was posted to Chinese streaming site Youku, where it was translated into English and uploaded to Gosugamers.

While the video on Youku was taken down at the demand of Team DK’s coach, the translated video was spread to Youtube. Essentially, DK’s drafting strategy is now public knowledge.

Dr_Kleiber, and other Dota fans, have called for Valve to reprimand Gamefy in some way. As yet, Valve have remained silent on the matter.

However, Gamefy has published a statement on their Weibo account, which was translated into English by Reddit user Bikini, saying:

“Gamefy’s film personnel entered and began filming the player’s rooms without the permission of Valve and Team DK, and accidentally uploading the sensitive information. We sincerely apologize for our actions.

“We acknowledge the problems and frustration that were caused to team DK by the video, and we are fully aware of the hurt that was caused to dota 2 fans. According to Valve Corporation’s rules and regulations, the personnel responsible cannot continue to participate in TI4 news reporting; We will also strictly adhere to the rules of the organizing committee. Without further permission from valve, we will not enter player’s rooms to conduct any kind film work.

“Lastly, we would hope for forgiveness and understanding from all of team DK, all dota 2 fans and lovers, and other TI 4 players; and let us put our passion and enthusiasm into the reporting of the next phase of the tournament.

Gamefy’s producer has also responded, translated by ergsws, calling for the Dota community to ease back on their criticism of the Gamefy reporter, “I know that however many times I apologize, this cannot satisfy the rage from the fans but I still want to say sorry sincerely on behalf of X and our team and plead the community to stop criticizing this well-intentioned young man and give him another chance. I believe that after this incident, he would learn from his mistake and continue doing better in his future work.”

So, Gamefy will continue reporting at The International but they will not repeat their mistake of entering a team only area. At this point it’s up to Valve to make a decision as to whether a more strict punishment is called for.

We’ll know soon enough the full extent that this leak has had on Team DK’s play. If teams know how they’re going to pick their hero lineup they’re at a strong disadvantage.