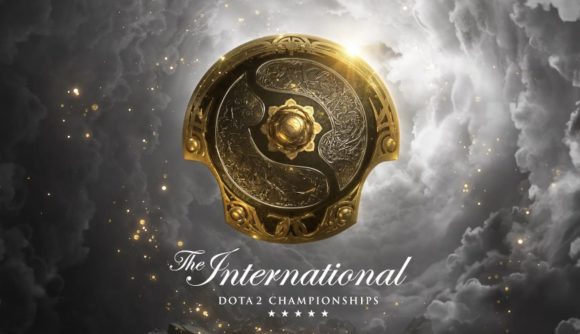 The Dota 2 International 2021 Championships cometh. The biggest annual event in the MOBA game’s calendar kicks off early next month and Valve has now unveiled its plans for ticket sales to the live tournament and updates coming to Dota 2’s spectator HUD for those that won’t be there in person.

Valve has revealed in a blog post that it’s giving the game’s spectator features a good going over to improve the experience of tuning into the action, replays, and overwatch cases. “We’ve given the spectator HUD a timely refresh that touches on status indicators, info graphs, camera options, and playback controls,” the studio explains. Updates across status indicators include a new countdown for the Roshan timer, the ability to ping Aegis to broadcast the time remaining to allies, and item panel displays that show neutral items and which players have got Aghanim’s Scepter and Aghanim’s Shard.

Graph improvements include a new ‘momentum indicator’ that makes clear which team’s performance is increasing the most over the previous two minutes of gameplay time. Camera changes include an override option that lets you move it in “non-free camera modes” when you’d like to take a peek at other portions of the map, which switches back to your chosen camera mode after a brief delay, as well as a handy new ‘directed cam’ feature that “lets you click on heroes to temporarily select them as the subject of your focus”.

As for attending the tournament, Valve has announced that tickets for this year’s live event in Bucharest, Romania will go on sale on September 22 at 2am PT / 5am ET / 10am BST. These will be for the main event, which will run from October 12 to 17, coming after the group stage (October 7 to 10). Tickets for the main event will be available to book through three separate, two-day bundles – available to buy on this site – which are outlined below (via Valve):

It’s worth noting that Valve has put in place some rules “to keep this event safe for all involved”, which include requirements that “all attendees of the live event must be fully vaccinated and masked”, along with others outlined in the blog post and this FAQ.

For the full rundown of spectator HUD changes and other International 2021 details, head to Valve’s blog post at that link.