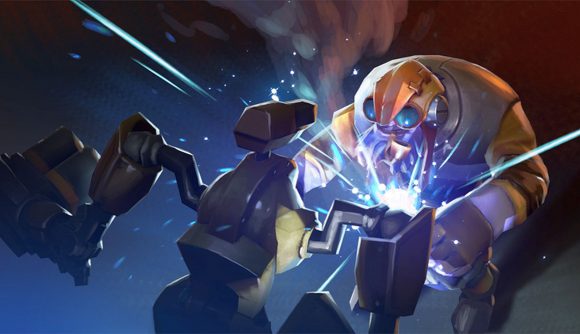 Earlier this year, Dota 2 developer Valve announced it was aiming to release the multiplayer game’s next Hero by “the end of November”, however that launch has now been pushed back to the month following. In a new dev post, the studio has explained that it needed a bit more time. As such, the new character will instead be heading to the MOBA game in mid-December, along with the next gameplay update.

“We wanted to give you another quick update about some of the upcoming things we’re working on,” the studio says in the post. “On the gameplay front, our original plan for the new Hero was November 30, however she needs a bit more time to cosy up for the winter. We will be releasing her, along with the 7.28 gameplay update, in mid-December.” Beyond this, there aren’t any details to lap up about who this Hero will be, exactly, other than that she’ll be a she.

Players are no doubt excited to find out more, given – unlike MOBAs such as League of Legends – new character arrivals in Dota 2 are pretty few-and-far-between. So far in 2020, there have been no new additions to the roster, and just three new Heroes joined the game last year – Mars, Snapfire, and Void Spirit.

Other details on the game’s near future revealed in the dev post, however, include confirmation that the game’s new season will kick off on December 1 and “feature a seasonal quest reset, a new seasonal treasure, and more”, while the 2021 Dota Pro Circuit’s start date will be January 18.

Plus, Valve says it’s begun to roll in some changes to the game’s backend to help gather data for that upcoming Dota 2 Overwatch system the studio mentioned last month. “When fully implemented, this tool will allow users to review suspicious matches and help identify bad actors, in addition to our existing systems,” the dev adds.

If you’re keen to find out who this mystery Hero is, you won’t have long to wait now – mid-December’s just a few weeks away, so we should see their debut, along with the new gameplay patch, arrive very soon.