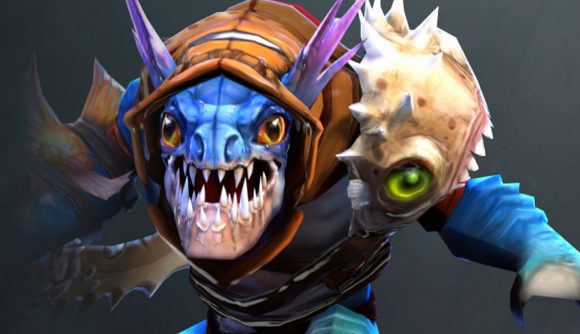 Last week, Dota 2 got its 7.30 update, which – among a ton of other changes – brought a new neutral item that can turn your hero into speedy little pig. Now, Valve’s just pushed out a smaller, follow-up patch, 7.30b, which brings some other key changes to a few items and heroes.

In the new 7.30b update, we’ve got just a small handful of balance tweaks for two items and five Dota 2 heroes to follow last week’s mega patch. None of the adjustments are huge, but do help to address a few changes that were starting to have some champs looking a tad over-buffed. First up, Lycan is seeing two balance changes, with his Howl ability’s armour reduction dropping a few pips. His level ten talent has also been nerfed, with its summon wolves damage dealt dropped to 15 from 20 beforehand.

Silencer, meanwhile, has had his level 15 and 20 talents nerfed, while Slark’s Dark Pact ability mana cost has increased to 75 up from 60 previously. His level 15 talent – extra Dark Pact damage – has decreased to a boost of 70 rather than 80. Beastmaster’s ‘health Beastmaster controlled units’ level 15 talent has also been hit with a nerf, dipping way down to 250 from 350 with the patch.

It’s not all nerfs this mini-patch, though – Broodmother’s agility growth has been dialled up a tad, while the hero’s Insatiable Hunger damage has increased at various levels, too.

The 7.30b Gameplay Update has been released https://t.co/yQhLOhrt4B

The recipe costs of Helm of the Overlord and Silver Edge have been increased, meanwhile, going up to 1250 and 500, respectively, with their total costs now being 6,300 and 5,450. For the full rundown of the changes, you can head to the patch notes on the game’s site. If you’re looking for more of the best MOBA games to try, you can also find more ideas at that link.