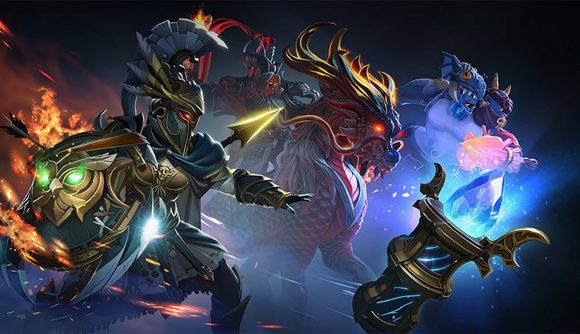 Dota 2 has just seen the highest number of peak players in over a year and a half, with more than 780,000 concurrent players diving into Valve’s MOBA game in January. That’s according to Steam Charts (via Yahoo News), which records that the last time Dota 2 surpassed January’s peak was way back in spring 2020.

January’s exact total was 786,118 peak players, going by Steam Charts’ stats. While concurrent players have stayed between the high 600 and mid-700 thousands over the past year or so, the last time January’s total was beaten was in May 2020 with a hefty 793,135. While it’s not totally clear why it’s seen such a jump this month in particular, it’s very likely the leap has been spurred on by the arrival of Dota: Dragon’s Blood Book Two – the second season of the game’s anime spin-off – on Netflix on January 18.

While that fell somewhat later into the month, it’s likely this will have made a not-insignificant impact on Dota’s peak player count, particularly given it looks like the debut of Book One also caused a similar rise. The first season arrived in late March, 2021, which then saw the peak players go from 648,875 that month to 705,534 in April – a jump of more than 56,000.

It’s also worth noting that January saw the arrival of the Aghanim’s collector’s cache and Labyrinth update, which have brought 18 sets voted for by the game’s fans, new rewards, and gameplay between them. You can check out details on the cache in that post and the patch notes for the update at that link.