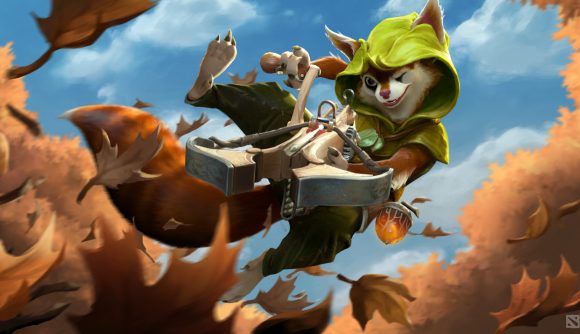 It’s been a hot minute since we’ve seen a Dota 2 major, though that’s about to change. Esports tournament organiser PGL is presenting the first DOTA 2 major of the 2021 DPC season, and it’s going to kick off in Singapore on March 27 and wrap up on April 4.

This one will feature 18 teams from across the world, and all of them will duke it out on-site in Singapore. The tournament is being organised in partnership with ONE Esports and the Singapore Tourism Board – it boasts a $500,000 USD prize pool, which isn’t too shabby, I reckon. When it comes to slot distribution, Chinese and European teams are winning out with four spots each. CIS and Southeast Asia regions are getting three spots each, whereas North America and South America are getting two.

In a press release, the PGL describes Singapore as “one of the safest countries in the world”. According to the World Health Organisation, the country has reported 59,000 cases of COVID-19 at the time of writing and hasn’t seen daily case numbers rise over 100 since September.

As The Loadout reports, Dota 2’s competitive scene has been hit pretty hard by the pandemic. The MOBA’s big-money event The International and its seasonal Dota Pro Circuit were both called off last year due to COVID-19. Things seem to be picking up again, though, as Valve is also working with the PGL on a CS:GO major that’s set to take place in Stockholm, Sweden.

Other developers are, however, still looking for a solution. Just this week, Ubisoft made the call to postpone Rainbow Six Siege’s Six Invitational 2021 to a later, unconfirmed date.

The upcoming DOTA tournament will be the second time the PGL will present an event in Singapore after the DOTA 2 World Pro Invitational in December 2019. If you’re looking to get into Valve’s MOBA in the meantime, our best Dota 2 heroes and Dota 2 beginners guides are pretty good places to start.