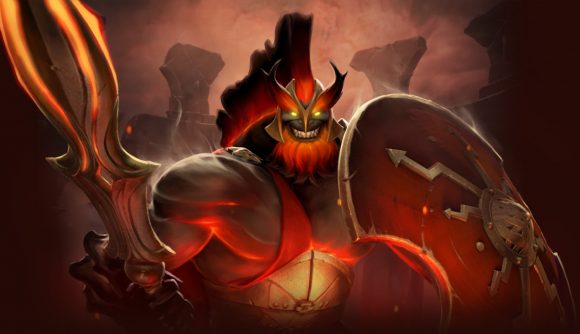 Earlier this month, Valve unveiled a suite of matchmaking changes making their way to Dota 2 in time for the next ranked season. Now, some of those changes are taking effect – and smurfs are in the firing line.

In the announcement, Valve said that “we recognize that recently there has been an increase in smurf accounts,” and that “we consider it a high priority for us to solve.” As well as tightening up verification and restrictions around access to ranked play, the developer says that “our general approach to Smurfs is to try to get accounts that are performing higher than expected to their correct rank faster.”

In case you’re unfamiliar with the term, a Smurf is an experienced player who makes a new account in a competitive online game in an attempt to use their perceived inexperience to dunk on new players. While cathartic in the short term for the player, too many smurfs can be damaging to the community in general, as new players who are getting trashed every game aren’t likely to hang around for too long.

Valve’s plan is to speed up the process by which players return to their normal MMR. If a user is detected as “clearly overperforming,” they’ll be awarded more points than normal, boosting them up the ranked ladder to prevent them from lurking down at lower levels.

The system was originally designed to be rolled out slowly, but in an update yesterday, Valve said that “we feel ready to activate the rank adjustment portion of the changes.” Adjustments will begin slowly, but values are likely to increase as Valve “gains confidence in its results.” It’s not exactly going to solve the problem overnight, but should make smurfing in Dota 2 more trouble than it’s actually worth.