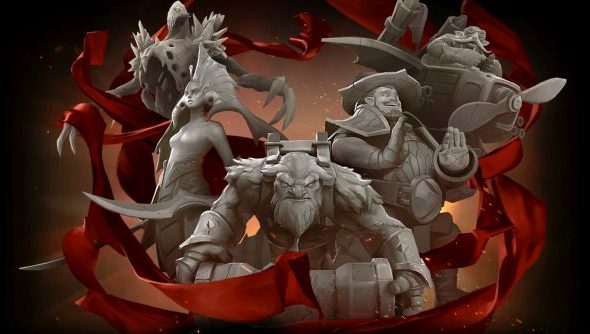 The final bracket for Dota 2’s The International tournament taking place in Seattle’s Key Arena next week has been revealed, along with the teams fighting for survival in the $20 million showdown.

We’re expecting to see a new hero arrive next week too, here’s everything to know about Underlord.

After the group stages concluded on Friday evening, the top four teams in each group have been fast-tracked through to the upper bracket, while the bottom four will face elimination in a best-of-one first round on Monday.

Two-time Major winners OG will face South Koreans MVP, but China has fared best through the groups with Wings, Newbee and even wildcard qualifier team EHOME in the upper bracket. They will face Americans Digital Chaos, Evil Geniuses and Swedish Alliance respectively in the best-of-three “safe route”.

Those in the elimination zone when the tournament resumes after this weekend’s short break include Team Secret, the champions of the Shanghai Major who ended up in open qualifiers after a messy roster reshuffle before The International.

The heart-breaker match of the first day is sure to be Na`Vi against Team Liquid as both teams are considered extremely strong but had a few failings throughout the group stages. PCGN’s chief newshound Ben “Bendi” Barrett will be distraught if the clown princes of Dota, Na`Vi, go out in the first round, therefore a Liquid stomp is the only assured outcome.

It’s not all bad for the first-day leavers, however, as 13-16th places all receive at least $98,694 as the prize pool continues to grow from its current $19.8 million. However the further you go, the more that consolation amps up until the eventual champions end up with at least $8.6 million.

That number is definitely set to receive an extra bump in the next few days as Valve have released the final piece of the crowd-funding Compendium allowing players to support their favourite casters by buyingdigitally autographed lockless luckvasescontaining in-game items.