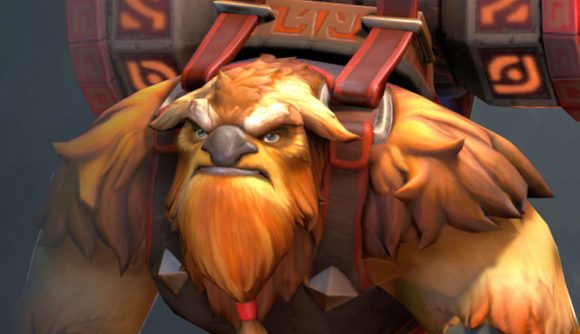 Dota 2 patches don’t come around all that frequently, so when one lands, there’s usually a hefty ol’ drop of new content to check out. Dota 2’s just-launched 7.30 update is no exception, with a ton of hero balance changes and new items to get a load of – including one that’ll let your hero live the dream of becoming a piggy we assume they’ve always held dear.

Buried in the Dota 2 patch 7.30 notes is a new item called Pig Pole – a humble enough-sounding tier one item that grants a +6 to all stats. But, the dazzling feature of this little goody lies in its active effect: “Pig, Out!” This has what sounds like a truly hilarious result: it turns the owning hero into a pig for four seconds, giving them a 10% move speed boost.

It’s a neutral item, so there’s a chance that one could drop and have you end up becoming a piggy whizzing around at quick-speed, which I’m sure you’d agree would be a truly wonderful thing. The item has a cooldown of 25 seconds and a mana cost of 50.

Other new items in the latest Dota 2 update include the Tumbler’s Toy, which propels your unit forward by 300, Brigand’s Blade, which grants some extra damage and attack speed along with a ‘dark mercy’ perk, and Blast Rig – an exploding bit of kit with a timed 100% blind effect – among others. 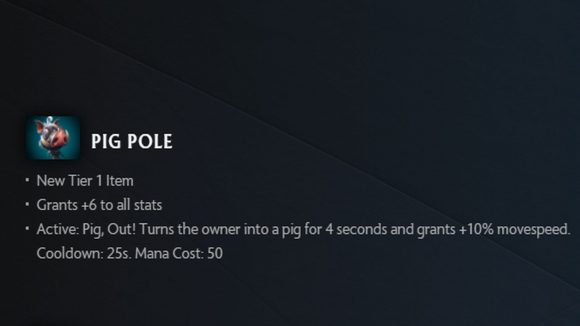 The rundown of the new patch is colossal so you can find the full notes on Valve’s site right here. This patch also marks the end of the Nemestice event so you’ll need to get on and claim your final rewards, Valve reminds players, thanking them for jumping in while it was live.