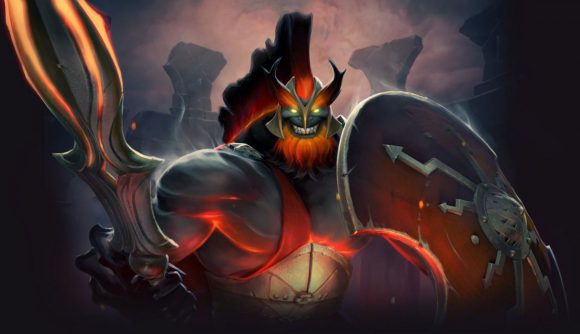 Dota 2 has got a couple of updates this week that bring some handy fixes – including for a couple of noise quirks the MOBA game’s been seeing of late – and a new batch of content for its recent Supporters’ Clubs feature.

This week, Valve dropped a patch that, at face value, seems small but is pretty significant if you’ve encountered a pesky issue around random noises erupting when looking for a specific time stamp in your replays. The latest game update notes explain that the patch has “fixed a bug where seeking to a time in replays would cause bursts of noise”. Additionally, a noise quirk around the ranged ability hero Medusa’s Stone Gaze ability has been solved, in that it’ll “no longer play a sound effect when applied to non-heroes”. So, it sounds like there’ll less, er, superfluous noises in-game to worry about with going forward.

Elsewhere in the latest game update, Valve has “fixed a hang when backgrounding Dota with Alt+Tab during startup when using the DX11 rendering system”. Sweet.

As for Supporters’ Clubs – a new feature that lets fans show their support for their favourite esports teams ahead of the upcoming contest The International 10 by buying “bundles of badges and seasonal equippables” – today’s update adds ten new teams into the fold. From now on, you’ll find the following teams’ content available in Supporters’ Clubs:

If you’re keen to keep up with the latest Dota 2 updates, you can find the feed on the game’s site here. Right now, there’s also a Dota 2 short film contest running until July 25 which is on the lookout for mini, 90-second-long (or shorter) flicks based on the MOBA, with the top ten entries getting cash prizes, and the overall winner also getting their creation shown at this year’s International competition. You can find out more on Valve’s site at that link if you’re keen to flex your creative muscles and give it a go.