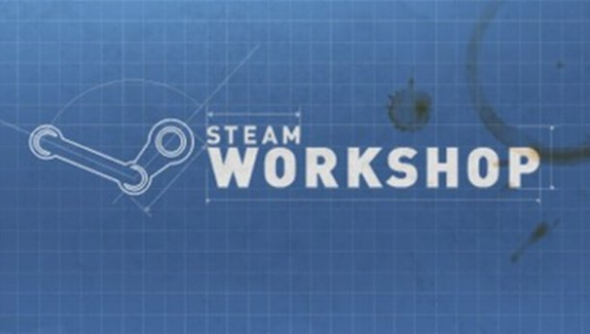 For the first time in history virtual hat designers are making more money than actual milliners.* Valve’s revealed that since launching the Steam Workshop in 2011 content creators have made $57 million.

Until now you could only sell creations for Valve’s games – Team Fortress 2, Dota 2, and Counter-Strike: Global Offensive. That’s going to change as Valve invite other games to sell through their workshops, too.

More than 1,500 contributors in 75 different countries have made money by selling items through Steam’s Workshop.

Valve say they’ve wanted to open up Curated Workshops to other games before now but “the sheer number of challenges required in order to scale to a global audience of creators and players” has delayed them. They’ve finally sorted out all the problems and two new shops have opened, one for Dungeon Defenders: Eternity and another for Chivalry: Medieval Warfare.

This is just the start of it, Valve “expect more curated Workshops to become available for creators and players in various games over the coming weeks and months.” I’ve my fingers crossed for Defence Grid 2. Almost 18 months ago Hidden Path told me about plans to let players sell tower defense campaigns.

Valve’s also developed tools for Workshop contributors so they can see where their revenue comes from. They’ll be able to see real-time sales date for their items as well as gain access to historical statements for every item they’ve sold.

*That’s of course ignoring the time miliners made a mint selling fanciful clothes in the whole ‘Emperor’s New Clothes’ scandal of 1837.