Wondering how to earn Dota Underlords gold faster? If you’ve played your first few matches you may have noticed your opponents racking up huge amounts of gold, while you’re only able to accumulate ten or so pieces at most. They’re not just getting lucky with their rolls, they’re strategically accumulating as much gold in the early stages of the game as possible so they can afford to reroll in the late game and upgrade their Dota Underlords heroes.

So, how do you earn money fast in Dota Underlords? The obvious answer is to spend less between rounds, and while that is true to an extent, there’s a reason other players are able to do this so efficiently. If you have a certain amount of gold at the end of a round, you’ll earn interest, allowing you to accelerate your funds without curbing your spending habits.

In the Dota Underlords guide below we’ll break down the basics of managing your gold, from when to save money up and how to spend it, to how you earn interest on your gold.

After the first five rounds in Underlords you’ll always be making a +5 gold after each round, regardless of whether you win your lose. Winning will always get you a bonus of +1 gold, but you can also go on a winning or losing streak that will earn you up to an additional + gold depending on how many consecutive wins or losses you’ve recorded.

However, it’s possible to earn +14 gold with each round in Dota Underlords through interest, which we’ll move onto next.

If you have ten gold in your bank when you finish a round you’ll get an additional +1 gold thrown on top of whatever you earn that round as interest. This increases by +1 gold for each multiple of ten gold you have in your bank between rounds, bringing the maximum gold you can earn each round through interest up to +5 gold.

Managing your spending and making the most out of interest is how you start earning large amounts of gold, reliably, each round. Even if you’re losing a lot of health, you can build up a pot of gold big enough to rapidly transform your fortunes if need be. 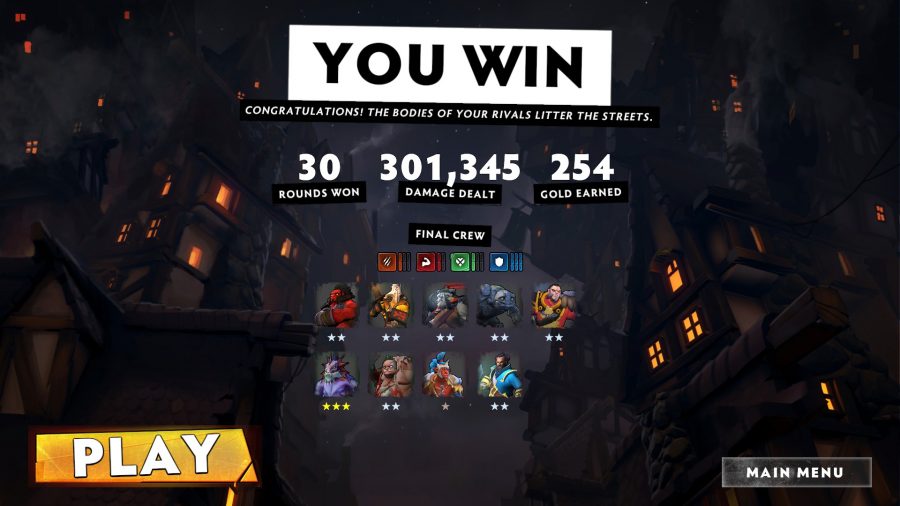 It’s pretty much impossible to be eliminated within the first 20 rounds, so you should use this as an opportunity to set yourself up for the late game. Whether you choose to go after a win or loss streak bonus, pick one and commit to it so as to get your bank up to 50 gold as fast as possible. Not every player can get the early game winning streak, so learning to recognise when you’re on top early one is key – if you’re not then aim for the losing streak.

When it comes to spending in this phase, try not to spend any gold on rerolls at all until level six or seven, however, you can spend gold to level up to level seven – don’t rush it though. You want to be spending a little every other round during this phase, so your interest pot can grow and you can level up. You’ll also want at least one two-star hero or a fully-formed alliance like the Warrior Dota Underlord alliance.

When you approach the late game you’ll want to invest heavily in rerolling to upgrade your Dota Underlords heroes. Just be sure you’re only spending within your means, but if you’re earning over ten gold per round then that should be very easy.

And those are the basics of Dota Underlords’ economy explained. This is just a basic strategy, and you should try and be flexible with your gold and react to your opponents accordingly – for example, you can spend early to buy yourself some space as you approach the late game. Hopefully, this will help you on your path to your first few Underlords wins.