A recent visit to Valve HQ has left Dota 2 commentator Kevin ‘Purge’ Godec with a juicy sneak peak into the concept art of upcoming heroes. Such heroes include Abbadon, Skywrath Mage, Elder Titan, Legion Commander, Abyssal Underlord and the notorious Techies. These photos also confirm a previous assumption that Valve have given Legion Commander a sex change.

When Godec had a long six hour layover in Seattle, he could think of nothing better than a casual visit to Valve HQ. After thoroughly enjoying the offerings of Valves kitchen, he took these snaps of hero concept art: 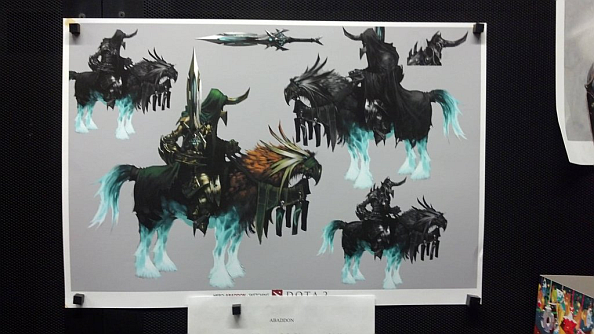 Abaddon appears to be riding a chimera like beast in this image. 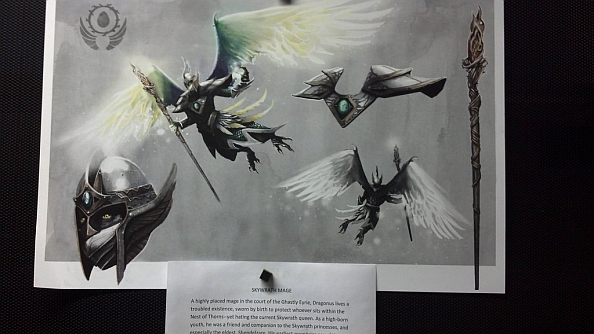 Skywrath Mage is the most likely candidate to be hitting Dota 2 next. Judging from this art, I can’t wait to play him. 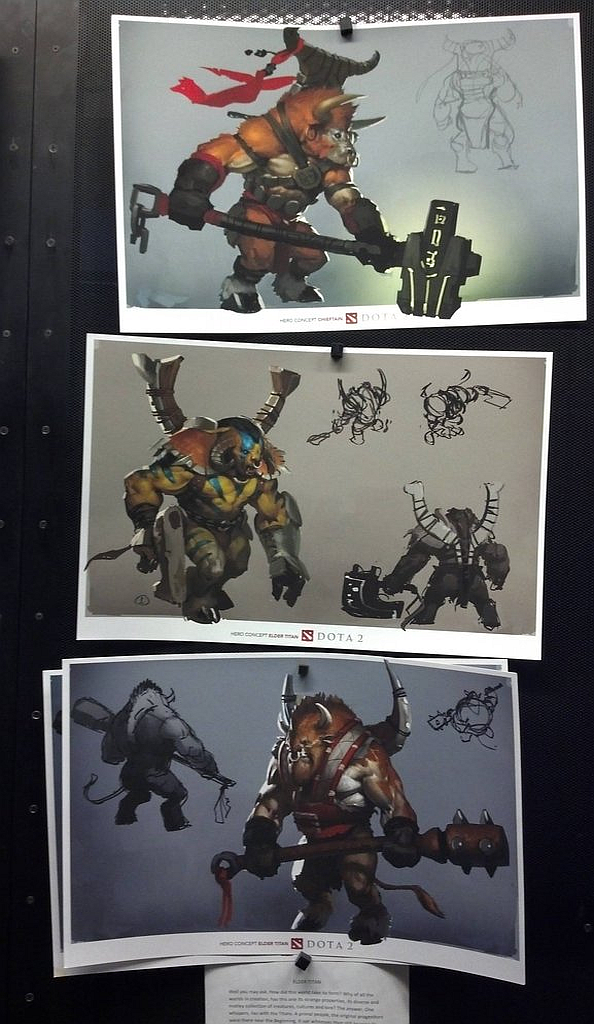 Three different variations of Elder Titan, renamed after copyright fears over Tauren Chieftain. We know from the latest data mining that the second concept art is the final model. 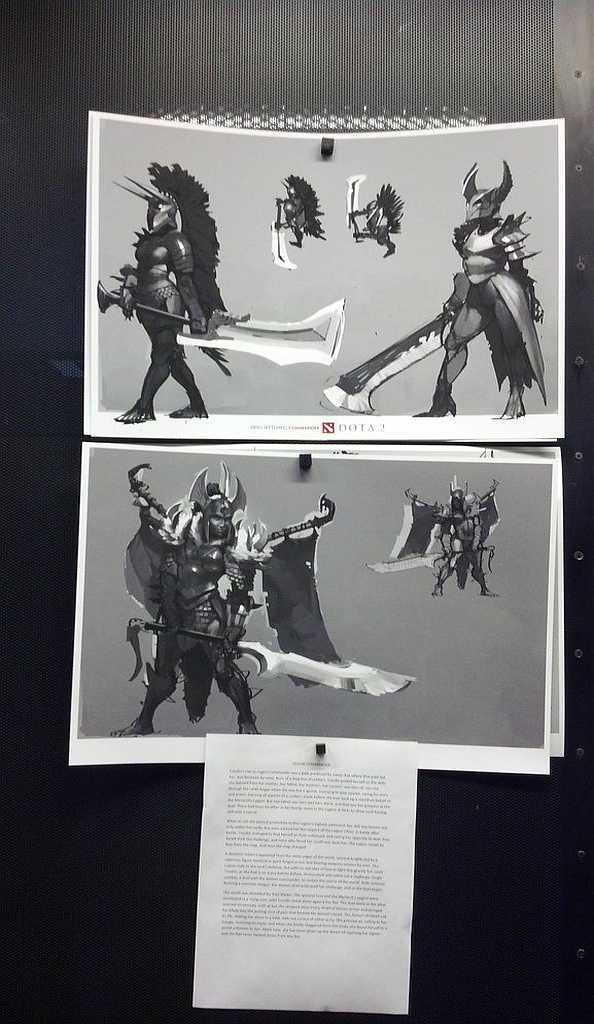 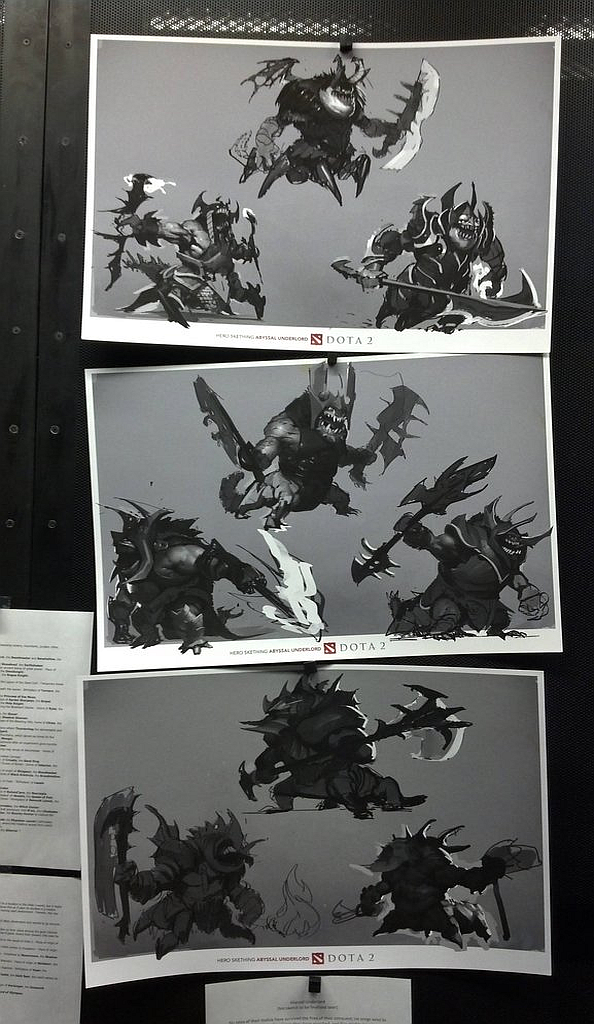 Previously known as Pit Lord, Abyssal Underlord looks to be still in early development. However some alpha textures have been found in recent patches. 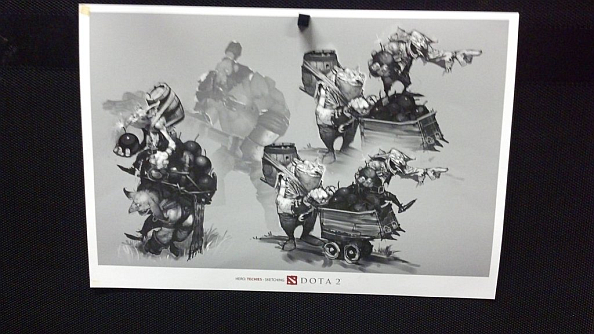 One of the most controversial heroes of Dota, Techies future still remains unclear. Icefrog has mentioned that he might redesign the hero entirely for the purpose of Dota 2.