Valve have added a new rarity called “Arcana” to Dota 2, which can change the look of your hero beyond what he/she/it wears, including their particle effects. Lina is the first hero to attain one of these items, which transforms her into fiery candle of death.

The new Arcana item, named the “Fiery Soul of the Slayer”, turns the relatively tame Lina into an eruption of flames. In addition to changing her model, it changes her ability icons, ability particle effects and her map icon.

Here’s footage of the fiery Lina in action:

If you want one you can buy it from the Dota 2 Store for a hefty £22.99: the exact same price as the game itself at the moment.

Thanks to Cyborgmatt’s data mining, we can also see an impressive update to the unreleased heroes and their progress. Elder Titan, Skywrath Mage and Bristebog all look very polished, maybe hinting at a triple hero update on the horizon. Abbadon’s textures still need some work and he is missing some particle effects.

Most exciting is the discovery of Legion Commander’s textures: 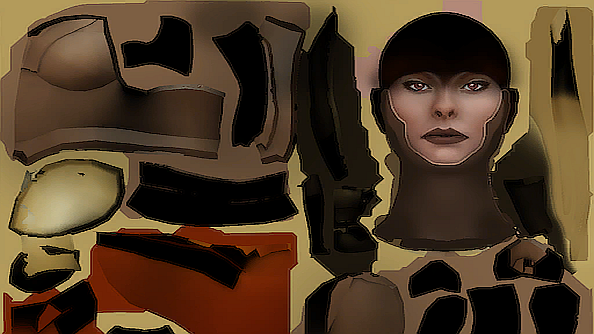 It would appear Legion Commander has been given an impromptu sex change. HOW INTERESTING.