The New Blood Festival reveals have brought bountiful news to the community in the shape of two new heroes and game mode. Terrorblade is a carry, a demonic marauder who can create illusions of himself and his enemies while transforming into a demon. Phoenix on the other hand is a majestic fiery bird who uses his own life force to augment his abilities, and can even be reborn on the battlefield.

Random Ability Draft is a new game mode which throws all of the picked heroes special abilities into a big draft. Players take it in turns to pick abilities for their heroes from the entire pool of abilities: any hero can use any abilities.

Finally, patch 6.80 brings in some balance fixes, most notably to that pesky Earth Spirit from the last update.

The update is live right now, here’s what you need to know: 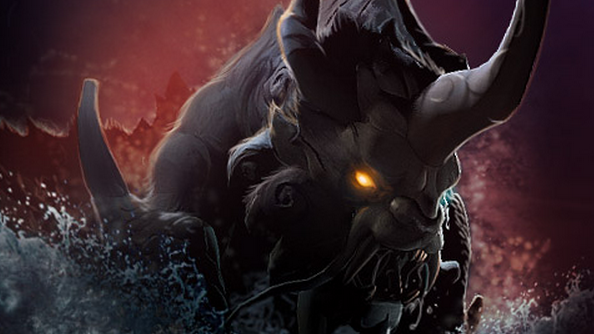 New event – the coming of the Year Beast

The update kicks off with the introduction of a new foe: the Year Beast. This terror takes form to stalk its unknowable territory, appearing for only days at a time. During the New Bloom event, players will earn two new resources whenever they complete a match. Flamesalt Ingots will be used to build specialised armaments to face the Year Beast, which will be the only way to harm its enchanted hide. These can also be traded in for Jade Tokens, which can reward the player with loot boxes or chest keys.

The Year Beast is elusive, and will only appear when it pleases. A countdown dictates when the next appearance is due. Players can then spend their hard earned Flamesalt Ingots to subdue it. The more damage they deal to the Year Beast, the better and rarer items they will be obtain. It’s said that the very parts of the Year Beast itself can also be fashioned into rare trinkets. 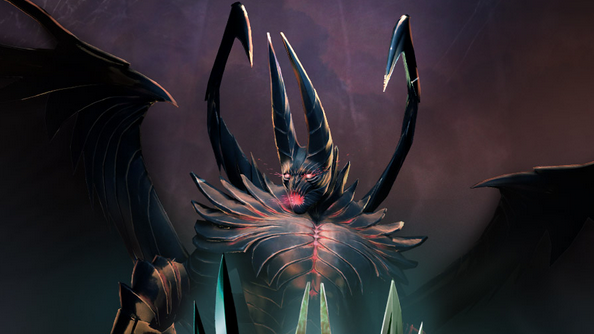 Terrorblade, also known as Soul Keeper is a demon marauder who even demons themselves fear. He stole something precious from his demon brethren and was incarcerated in Foulfell, a dark mirror reality where demons are tormented by their own twisted souls. However Terrorblade mastered his reflection and turned it against his foes.

Sounds scary right? Lets take a look at his abilities:

Reflection is your distance closer. The illusion you summon is also invulnerable to attacks, but can only attack the targeted hero. Conjure Image is great for playing tricks on your enemies, while also augmenting your damage. At max level you can have two out at a time too. Metamorphosis gives you a ranged attack, while also greatly increasing your base damage. What’s even better is that you can summon ranged illusions of yourself while in this form. Finally his ultimate, Sunder, swaps the health of yourself and an enemy or ally. It will always leave the target with a minimum of 15% of their maximum health at max level, but it allows Terrorblade to re-enter the fray after suffering huge amounts of damage. 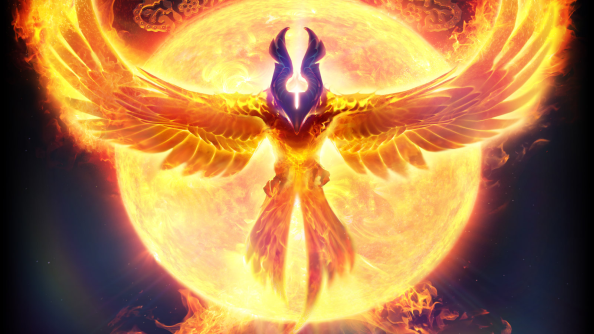 Born from his very own star, Phoenix learned of the great enduring conflict over many cycles. The ‘infant son of suns’ now roams the land in a terrestrial form to aid those in the darkest of times.

Lets see what this bird can do:

Icarus Dive allows Phoenix to get in and out of combat at great speed, while also applying damage and a slow to any enemies in his path. This ability has an insane range, and can also move through trees. Fire Spirits can be thrown at enemies to apply a hefty damage over time affect to keep up the pressure. Sun Ray is a channeled ability which can be cast while moving, albit with greatly reduced movement speed. You can use it to heal allies or damage foes alike. Finally his ultimate, Supernova, transforms Phoenix into a molten core. While transformed Phoenix is invulnerable unless the enemy team destroys the core, all the while taking damage over time in an AoE. If the core is left untouched then it will explode, stunning all enemies and Phoenix will return with full health and mana. If destroyed however, Phoenix will die. 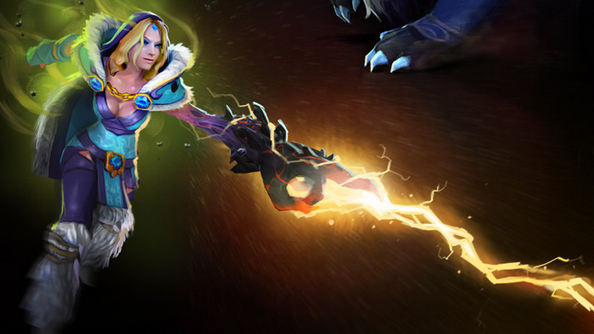 When players reach level 11, they unlock a new game mode called Random Ability Draft. In this mode players are randomly assigned a hero much like Random Draft, except all of their abilities are thrown into a pool. Players then take it in turns to pick which abilities their hero will have, with no limitation on what they can pick.

Examples of this are nearly endless. You could see a Luna with Pudge’s signature Hook skill, or Magnus with Phantom Lancers illusion generating passive. It’s more of a casual mode designed for crafting fun and whacky combos.

Last night I played a match as Gyrocopter. From the draft I picked up Flak Cannon, Caustic Finale, Charge of Darkness and Marksmanship. It was mad. I could hit every enemy with Flak Cannon, and each one was afflicted with Caustic Finale, transforming them into living bombs. Charge of Darkness gave me a global presence as well as a useful stun, while Marksmanship boosted my damage by a vast amount thanks to the raw agility gain.

Depending on the draft, the match can be terribly one-sided, but that’s the magic of it: it’s mindless fun. 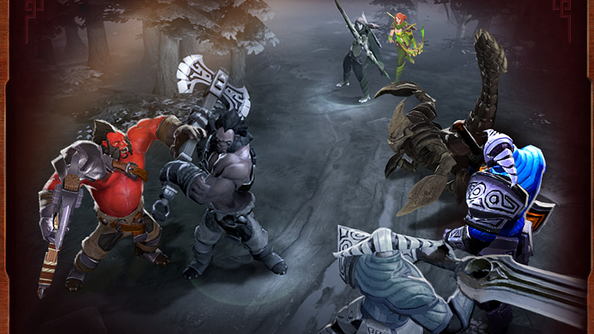 Replay takeover allows players to pick a timestamp from within a replay and then take control of the game. Not only is this useful if there are difficulties in a tournament setting, but it also allows players to practice certain scenarios.

“Grab your friends and rewrite history! Now you can take control in any replay created after the New Bloom update, then act out the rest of the match from that moment forward. During a replay, hit the Takeover button to create a lobby where everyone can choose which hero to portray. Resume the match, and become the one to turn the tide of a favorite pro play, discover a way to escape an impossible setup, or relive a cherished team fight again and again.”

This feature only works on replays created after the update is released. 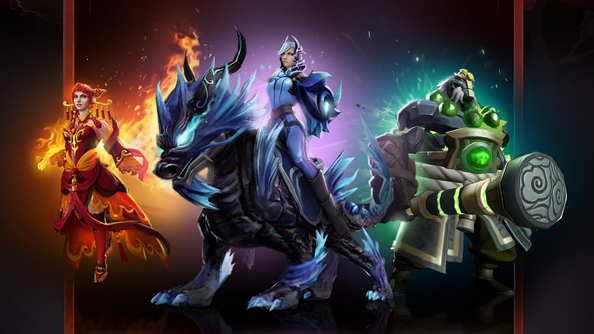 With any Dota 2 update you can expect a slew of new cosmetic items to go with it. There will be various new sets added to the in-game Dota 2 store, some which are pictured above. Also a new chest is up for grabs: Treasure of Vermillion Renewal. Previewed are items for Lycan, Templar Assassin and Juggernaut. Most if not all of the items have been created by the Dota community, and some will be added as the event progresses, so check back regularly to not miss out! 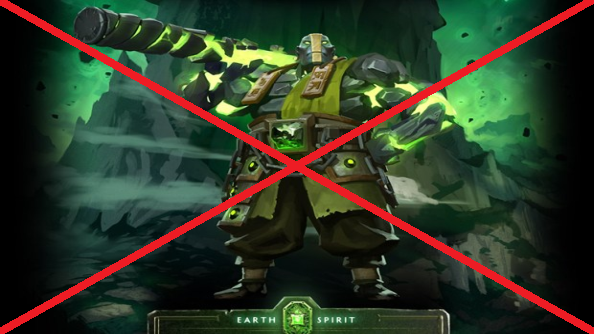 Oh boy, we’ve been waiting for this one. 6.80 brings in some very welcome balance changes, including a huge nerf to Earth Spirit who’s been tearing up the meta like a wrecking ball. Other losers this patch include Broodmother, Alchemist and Invoker. On the flipside, heroes like Faceless Void and Meepo received some well needed buffs to try and get them into the pro scene. Tinker also has a new aghanim’s upgrade which doubles the range of his Laser while also doubling his Heat-Seeking missile count.

Players will also be deducted one gold per second after the picking phase is over. This is presumably implemented to stop extreme counter picking in the All Pick game mode. Read the patch notes in their entirety at the bottom of the page, here.