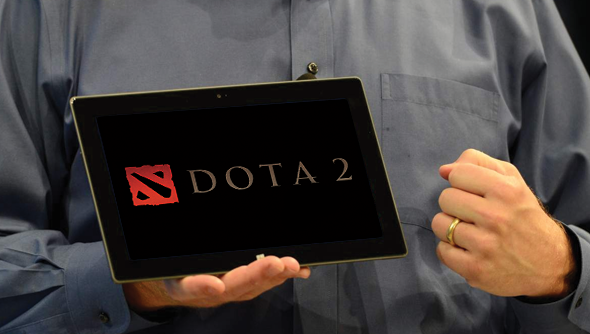 Valve are always full of surprises. The team at Valve, according to comments made to Kotaku before the recent VGA awards, has been toying with the idea of bringing Dota 2 to tablets.

“We were working on getting Dota 2 running on some tablets,” he said. “That ended up being kind of a disappointment. But the good news is that tablets are getting faster very quickly, so I think we’ll get the kind of performance we want and other game developers want in the near future.”
I’m actually quite enthused by the idea of getting Dota 2 on a tablet. It would open up MOBAs to a much wider audience. And that can only be a good thing, right?
Even so, a tablet would hinder your performance in hectic team fights: where a mistake can cost you much more than your own life.
For now, it seems that a trusty keyboard is your best weapon.