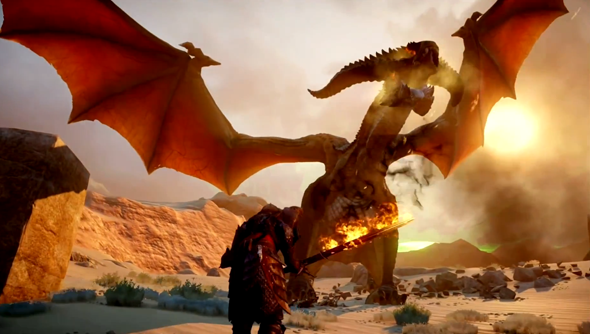 In this time of the cRPG renaissance you’d be forgiven for thinking that AAA developers can’t turn out a decent fantasy romp anymore. But in a final-hour move BioWare have stepped in and delivered 2014s most delicious RPG in Dragon Age: Inquisition; a game that’s not only one of this year’s finest, but also the best game that BioWare has made since Mass Effect 2.

Inquisition is the most mechanically deep game BioWare has ever made. For once it’s not the core narrative that takes centre stage, but the choices and actions that you take on your way to the finale. The heart of Inquisition is the War Council, a Crusader Kings-style map that shows all districts of countries Orlais and Ferelden, littered with pins that demand your attention. A noble family may be looking to blackmail you, or an outbreak of violence is threatening the Inquisition’s hold on an area. At you disposal are your diplomats, spies, and soldiers. Any of these three could be used, but which choice gathers the best rewards? This almost strategy-game element adds a new perspective to Dragon Age; it’s a continent-wide conflict, and thanks to the decisions you’re making you really do feel that your influence stretches far and wide. 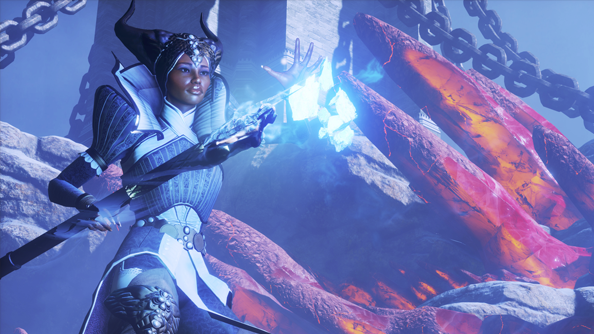 It’s an influence that’s felt in the massive environments, too. As you explore you can claim areas for the Inquisition and set up camps. When these areas come under your protection, you’ll begin to see Inquisition troops living and patrolling in the area, manning positions and defending camps. There’s a genuine feeling of impact; it’s obvious a huge war is taking place as troops are mobilising everywhere. And it’s all down to you.

The bulk of the world’s slaughter is going to be at the hands of you and your party, and you spend a huge amount of time on the road. Major story missions require the Power resource, which can only be acquired by completing side quests. This slows the pace of the main story down, forcing you to spend time exploring the land of Thedas and investigating the strifes of its people. This makes Inquisition a long game – 40 hours minimum – but a game that continually reveals its secrets, lore, and world.

There’s much hopping across the border between the two countries of Orlais and Ferelden, and BioWare’s artists have done a beautiful job of making each area feel unique and cultured. Ferelden’s a fairly English land with stone fortresses and wooden roofs could be pulled from the pages of Tolkien, whilst Orlais is distinctly French; its architecture overly-designed and furnishings plush with blue velvet. By not having a single generic ‘fantasy’ aesthetic washed all over its world, Inquisition offers something much more distinctly believeable. That there’s interesting clashes happening in every region just makes it that much more exciting to explore. 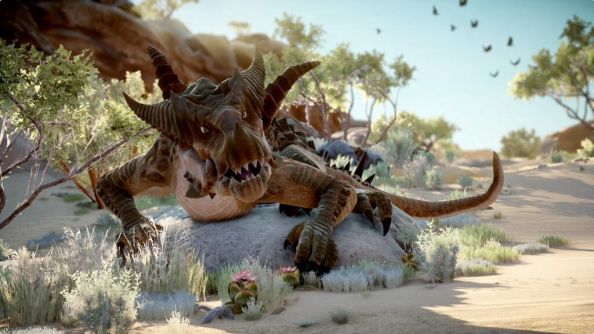 It’s also important to note that Dragon Age is very good at actual dragons. They’re huge, lumbering brutes that crash down from the heavens in sheets of flame and gusts of wind. Unlike Skyrim, where a few bashes with a mace will have their corpses disintegrating, Inquisition’s dragons are relentless killers, using all their cunning and strength to outwit you. They’ll fly around and pen you in with their fiery breath, and then claw and maul until you’re a pile of meat and bones. They’re the best examples of how Inquisition’s combat is quite terrific. A Baldur’s Gate style pause-and-issue-orders system is present and correct, allowing you time to assess tactics and plan your moves. Dragons have multiple areas you can attack, so should the head or the legs be your first target? Slaying one feels like a genuine triumph, something you’ve been working the entire game towards.

The War Council, the choices, the depth of character, they’re all elements that make Dragon Age: Inquisition feel like a well of an RPG. Even as I stand on the edge of the game’s finale I’m still unsure of how deep the hole goes. And for every quest that you do, there’s key characters looking to converse with you and an epic end-of-the-world story to deal with. It’s truly astonishing just how much there is to witness in Inquisition. With its beautiful look, fun combat, and breadth of opportunities, Dragon Age: Inquisition is undoubtedly one of the best games of the year, and if you’ve yet to play I’m excited for you. An incredible adventure awaits.