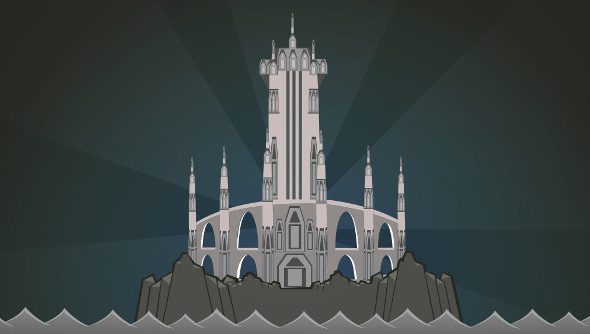 One of my few (okay, several) addictions is to Failbetter Games’ Fallen London, a browser-based adventure games set in an underworld London where Victorian society mingles with the occult, the demonic, and the mythic. It’s one of the most brilliantly-written games around, a masterclass in world-building and evocative writing.

Which is why it’s great news that they’ve just created Dragon Age: The Last Court in partnership with Bioware. It helps establish the world of Inquisition, and showcases the changes since Dragon Age 2.

Failbetter announced the project yesterday in a blog post. They promise that The Last Court will be “very Failbettery”, which I trust means lots of great writing, thorny dilemmas, and a mix of horror and humor. It will be made available at Dragon Age Keep.

Oddly enough, for once you’re not an outcast or an underdog. The Last Court, well, about life as a noble and the management of your court. You rule a small fiefdom called Serault somewhere on the margins of Dragon Age’s world, and you have to do all the things the young nobles do: have love affairs, choose counselors, make decisions for your realm, and investigate threats to your people.

Along the way, you’ll also see how events are unfolding since the end of Dragon Age 2, and how and why the Inquisition emerged. There should also be some cameos from other Dragon Age characters.

The following video gives a rough outline of what you’ll get up to.

No word yet on when The Last Court will open for business, but given that Dragon Age: Inquisition launches in two weeks, it’s probably starting up quite soon. After all, if it’s going to set the stage for Inquisition, then we should all get cracking on our lives as lords.

I hope the people of Serault don’t expect much of me. When I played Fallen London, I immediately became a hard-drinking, bohemian freelance writer who did nothing but conduct illicit affairs and slave over modestly successful manuscripts. And in the game.

For everything we know about the launch check ourDragon Age Inquisition guide.