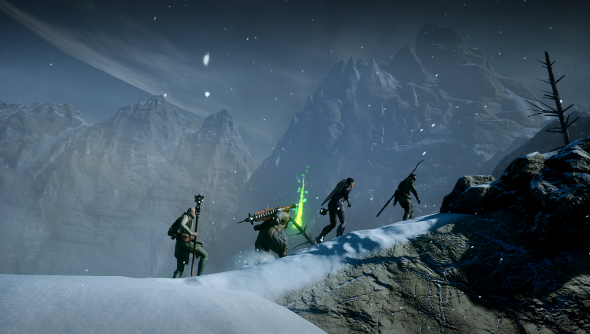 BioWare haven’t just been treating Dragon Age: Inquisition as a chance to make up for missteps made with Dragon Age II; the studio’s been attempting to woo PC gamers, as well. Made for PC gamers by PC gamers became like a mantra as the game came closer to release.

It wasn’t all hot air, thankfully. Inquisition, for the most part, feels like a game made for PC, from the broad range of graphics options to the resurrection of tactical combat. It feels more at home on the platform than even Origins. 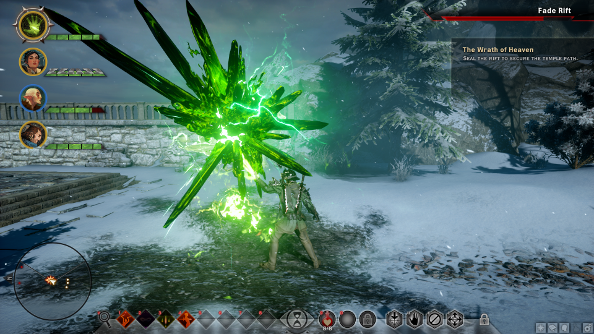 The last few months have seen quite a few games with exceptionally demanding system requirements launch. Some of them have been bloated and not in the least bit representative of reality, while others simply suffered from poor optimisation. Inquisition falls into neither category, with reasonable system requirements that allow it to run on a broad range of machines.

The list of tweakable graphics options is long, offering up 13 different features that can be fiddled around with, from tessellation quality to multisample anti-aliasing, the latter of which – if you’re an Nvidia user – only becomes available if you get the latest driver.

Consistency and detailed explanations come as a welcome surprise. Most options share the exact same ranges: low, medium, high and ultra, and each option comes with text that breaks down how exactly it will affect the game.

On my increasingly modest PC, I ran the game with a mix of ultra, high and medium settings, getting an average of 45fps, which dipped down to high 30s in towns. When not using FRAPS, I honestly didn’t notice the low points, and a few changes – mainly to texture quality and post-process quality – could have allowed me to achieve 50 – 60 fps everywhere.

Cranking everything up to ultra came with a significant performance cost, but in the wilderness I was still hitting a 40fps high. It was very inconsistent, though, and too stuttery to be properly playable. 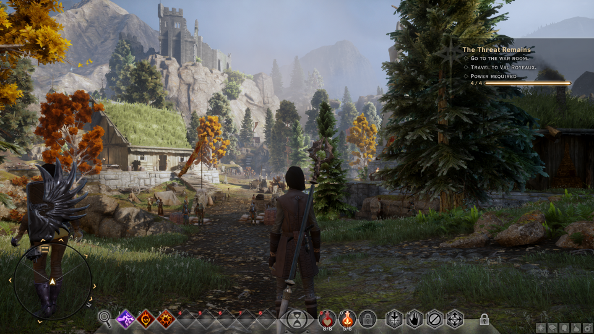 Using the high preset, the game still looks lovely – BioWare’s done an excellent job with the art, and the texture quality is impressive, a far cry away from the hideously muddy textures of Origins – and the frame rate went back to being more consistent, though still dipping slightly in busy areas.

Turning off all the bells and whistles still leaves the game looking acceptable, and obviously has a dramatic impact on performance, allowing me to get 60fps or higher in towns. 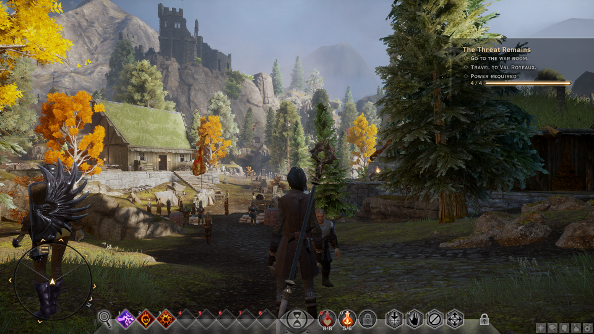 Elsewhere in the options, BioWare allows players to change the UI, which is a godsend. Inquisition’s UI is massive and a bit ugly, so turning it off or changing it so that it’s contextual is a massive boon.

Possibly more important than any of that, given how much people hated Dragon Age II’s combat, is the return of tactical elements to the fantasy brawls. Zooming out or hitting the hotkey seamlessly switches a fight to an almost bird’s eye view of the battle, where everything is paused and orders can be given out individually. 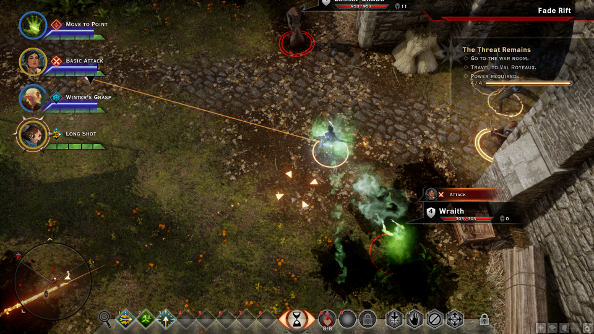 It’s a tad fiddly at first, as moving the camera is done using the WSAD keys, and feels a lot like it was designed with a controller in mind. Beyond that niggle, it’s great. When a character is ordered to attack an enemy, that information appears above the enemy’s head. So if Solus is casting some frost magic on an enemy, and Cassandra’s going to smack them with her sword, that information is clearly presented.

Playing through the entire game just using the tactical mode is completely viable, though I found that I enjoyed mixing the action and tactical modes. Attacks feel powerful, and following a mage around as they unleash hell on foes is just good fun. 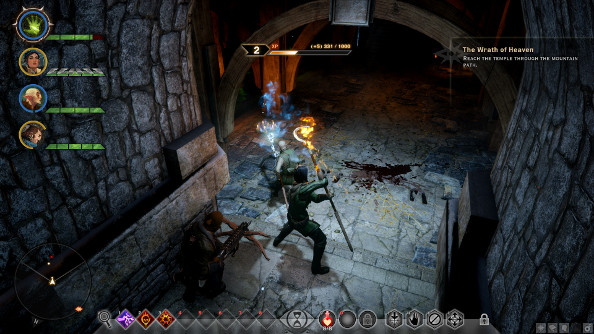 Origins and Dragon Age II’s action combat always felt like a bit of a misnomer. It was just more focused on individuals and witnessed from a different perspective. In Inquisition, it feels more like an action RPG. Characters react quickly, are highly mobile, and can be commanded to continuously attack by holding down the mouse button or the R key, not unlike Diablo.

Overall, it’s quite the turnaround, and there’s no reason why you shouldn’t grab the PC version if your PC has the minimum requirements.