The world of Thedas, the setting of Dragon Age: Inquisition, has Marmite. Instead of being an unusual brown substance contained in a jar, the Marmite of Thedas is a person, and her name is Sera.

You cannot spread her on toast, though if you asked her if you could try, she might say yes. What she does is elicit strong feelings. A lot of people seem to hate her. Those people are wrong, though.

Getting the introductions out of the way

The first time you meet Sera, the Inquisitor and his group of mostly super-serious chums have just been ambushed by a dapper Orlesian mage. In the middle of his monologue, one he’s clearly been practising in front of a mirror, Sera appears. Seconds later, the mage has an arrow protruding from his throat.

When the Orlesian’s backup arrives, there’s a problem. They are all absent trousers. Yes, Sera has stolen their breeches.

While most companions join the Inquisition without bringing any gifts with them, Sera is much more courteous. She’s got extra breeches, which she gives you. Sure, you can’t sell them for much, but it’s the thought that counts.

Sera is not like most people. Not elves, people people. She’s not much like elves either, though. She talks like a hyperactive, thoroughly modern teenager and anarchist. She’s “in your face” this, and “innit” that, and she likes “sticking it” to the man. 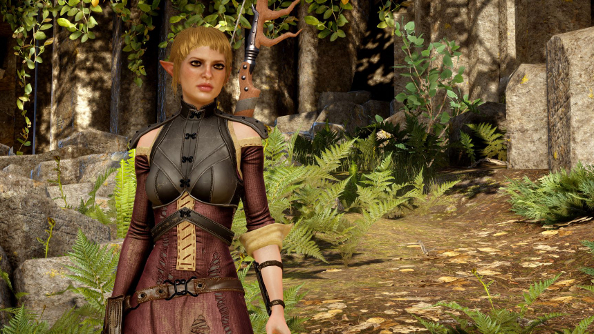 And like most hyperactive teens – though who knows how old she is – her patter is indecipherable at first. Indeed, she seems like she might have more than a few screws loose, which she definitely does, but she quickly starts making more sense than her duller, adult colleagues.

It’s all about the little people (not Varric)

The Dragon Age games are all about important heroes and their ridiculous destinies. There’s the Grey Warden, Hero of Ferelden, one of the last warriors defending the world from the Blight. Then there’s Hawke, who seems like a regular person, but he’s actually a blueblood and his old man was a big deal. And in Inquisition, there’s the Inquisitor, with their magical hand and the fate of the world on their shoulders. 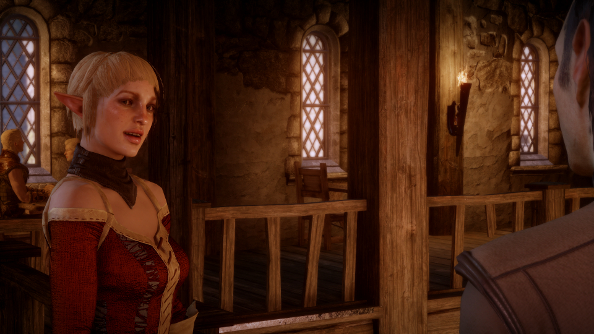 Sera doesn’t care about titles or fancy words, unless you consider “big tits” and “arselicker” fancy. She’s the loopiest character in the game, yet one of the most grounded. It’s all well and good to save the world from destruction, but that doesn’t stop nobles from kicking the crap out of their servants, or from the world just stepping on the invisible people. That’s why Sera’s there – to remind us that there’s a lot of bad people out there who don’t want to become gods or stop the Inquisition.

Because she’s worth it

Gosh, Dragon Age: Inquisition is like a wig nightmare. It’s a gorgeous game plagued by some truly horrific hair. Sera’s no different – she’s a mess. But at least in her case, the atrocious mop on her noggin makes sense. Clearly she cuts her own hair using a bowl, and that’s just fine. She probably doesn’t wash it either, but who has the time when the world’s about to end?

Romance options in BioWare games are more egalitarian than most, but traditionally they are still a choice between a bunch of really hot dudes and babes. Conventionally hot. It’s another trend that Sera bucks, along with Iron Bull, I guess, though cor he’s a big guy and his pillowy bosoms make even me swoon.

So why seduce Sera at all? I dunno, maybe because you like having her around, because she’s rad? You know, most people don’t end up bumping uglies with models. Inquisition is a game where elves can be ugly, while giant horned bull men and stumpy dwarfs can be smoking…. 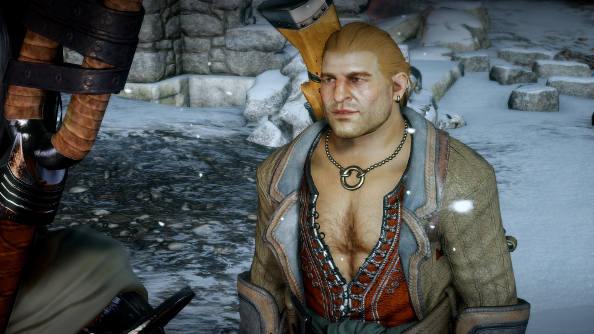 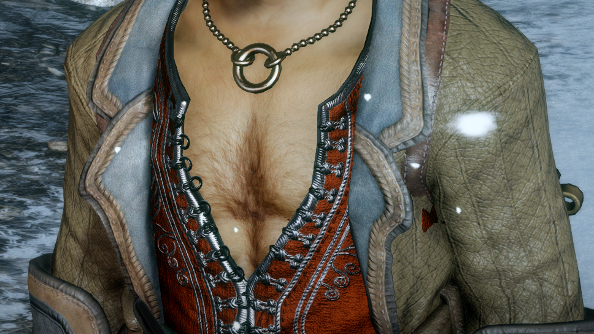 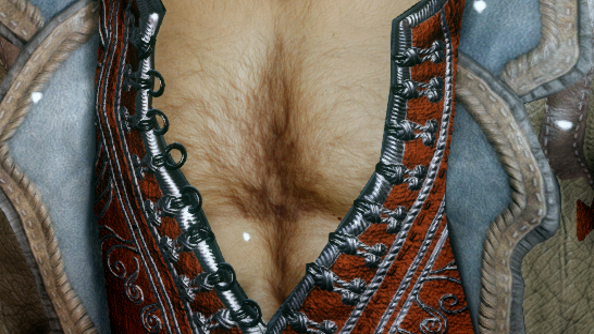 Sorry, losing myself in Varric’s hairy chest, and not for the first time. Seriously, BioWare, you do love your man-bosoms.

But it’s really down to the banter

I’ve been playing a male Inquisitor, so I’ll never seduce Sera. She’s a lady’s lady, not into floppy man parts. Though it is very fun to try, anyway. She’s a main fixture in my party because of all the other excellent reasons I’ve listed, but mainly because her incidental party banter is brilliant.

Particularly when combined with Iron Bull.

These two chat about everything from sexy, muscle-bound Qunari ladies to religion. But most of the time they talk about killing and fighting, a hobby they are both extremely passionate about. There’s tension too, though. You see, Sera, she’s a kill-stealer. Yep, one of those. Got someone on the ground, with your axe mere seconds away from cleaving them in two? Whoops, there’s an arrow in them now and they are dead.

At least she loves what she does.

And when she fights, she’s on fire

Every companion in Inquisition has one of those fancy new specialities that become unlocked part of the way through the game. In Sera’s case, it’s the Tempest. It’s completely bonkers. 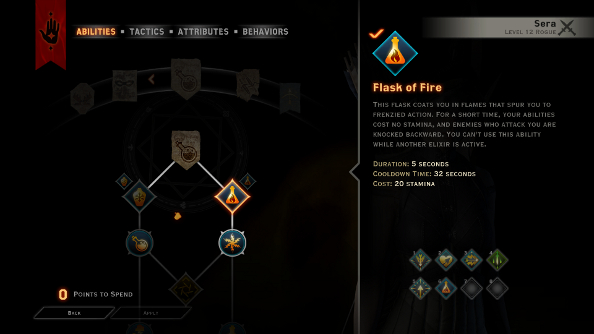 Tempest’s give exactly zero shits about conventional battle tactics. You think the Reaver is Inquisition’s berserker class? You are so wrong that I wonder if you’d even notice if someone stole your trousers while you were wearing them.

Do Reavers set themselves on fire for the hell of it? I think bloody not. But Tempests do. And they coat themselves in ice or even blooming lightning, which seems improbable. The class, which you can also choose for your Inquisitor, is sort of like a mix between a crazy berserker and a crazy alchemist, dousing themselves in volatile elixirs to give them an edge in battle.

It’s so very, very rad. Like the song the tavern bard wrote about her.

Look, I get it, I really do. Not everyone can handle the level of awesomeness that Sera injects into Dragon Age. Some people just want to bumble around the countryside with a gloomy, tubby dude with a bushy beard, or they prefer their elves bald and bookish. That’s cool. It takes all sorts.

But you’re missing out, because the story of Dragon Age: Inquisition is really the story of *TOTALLY SPOILERS* how Sera can murder everyone and steal their clothes.