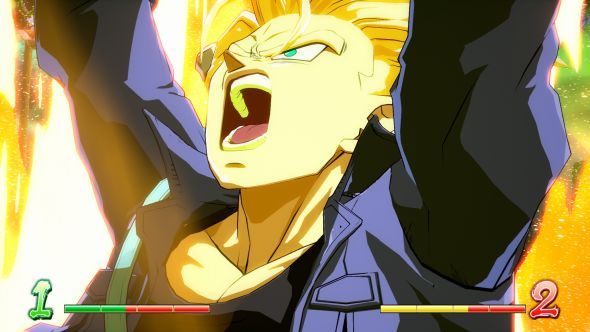 A good Dragon Ball game, in this decade, is looking like a true reality. Sadly, we’ll have to wait a little longer for unrestricted play, as the console-only beta – originally due to open sign-ups today – has been delayed a month. You’ll now be able to say you want in on August 22, with a beta weekend running September 16-17. That’s just a couple of days before maligned rival Marvel vs. Capcom: Infinite releases in full.

We’re keeping track of all the Dragon Ball FighterZ characters confirmed so far.

Once the beta starts, you’ll also only be able to play at certain times. It’s also only available on Xbox One / PS4, presumably to avoid datamining problems. Here’s when, in Central European Time:

Take an hour off those for UK times. In the US, it’s very early Saturday morning (starting 02:00 PT), mid-Saturday (10:00 PT), Saturday night (18:00 PT) and then Sunday afternoon (13:00 PT). Hopefully everyone can find a slot or two for them, though no doubt people will be disappointed that it’s not running uninterrupted. These are also open to change, so do check back before September to see if things switch.

The reason for the delay, as explained on the Bandai Namco Facebook page, is that there has been more interest in the game than expected, likely due to the very good showings at E3 and Evo this year. They want to make sure that everyone who want to play can, and that their sign-up system is prepared for the influx of people.

No release date has yet been announced, though the positive reception and community hype mean they’ll want to get it right. If the beta delay is indicative, ArcSys probably have a little extra time to finish the main game, too. The PC version is due to launch simultaneously with the rest, at least.