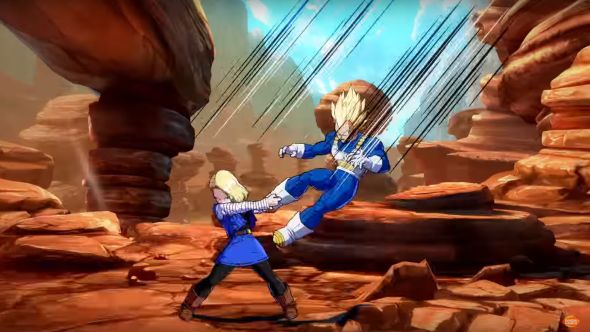 Dragon Ball FighterZ came out last month and it’s not only a surprisingly good Dragon Ball game, it’s also one of the most entertaining fighting games of the past few years. But it’s not without its flaws – users have complained since launch about connectivity issues, including getting disconnected mid-match and booted from the game lobby.

The good news is that Bandai Namco say they’re aware of the issues and moving to quickly get some patches out to improve the game’s netcode. Game producer Tomoko Hiroki addressed players’ concerns in a video published Thursday.

“We’ve heard all of your feedback since the release, and we’re fully aware of the online issues that you’re having, such as the matching in ‘Ring Match’ or being disconnected from the lobby,” she says in the video, which you can watch above.

Hiroki says they plan to release an initial patch in the next few days, although this “might not fix everything.” Follow-on patches should be coming in mid and late March.

“Rest assured that we will not stop until the fix has been completed,” she said.

Hiroki went on to say that Dragon Ball FighterZ has “a lot more to offer,” most likely hinting at additional characters. Bandai Namco have confirmed that Broly and Bardok will be the first DLC characters to join the roster, and a datamine last month suggested that Zamaso and Vegito will also eventually be added along with base avatars for Vegeta and Goku.