Dragon Ball Z: Kakarot is one of the most expansive DBZ games in ages, and it’s getting even bigger thanks to DLC – even if the first part of that DLC wasn’t especially big in scope by itself. DLC 2 is finally due to release soon, and alongside new details on this expansion, the devs are teasing the “next and final DLC” for next year.

A New Power Awakens – Part 2 launches on November 17, nearly seven months after the previous content release. “We had quite a large gap between the first and second DLC,” lead producer Ryosuke Hara says on the PlayStation Blog, “so I really appreciate everyone’s patience.”

The new DLC features a big ol’ battle with the resurrected Golden Frieza, and will have Goku and Vegeta training into their SSGSS forms, just like in the Resurrection F film – though some of the details have been changed to match the story of Kakarot. The Ginyu Force, for example, will be back here. There’s also a new Horde Battle that lets you fight against waves of enemies.

“The next and final DLC, which features a brand new story arc, is still undergoing development and we are really hard at work to make it an exciting and fun content to play”, Hara adds. “I really look forward to announcing more info in 2021.” 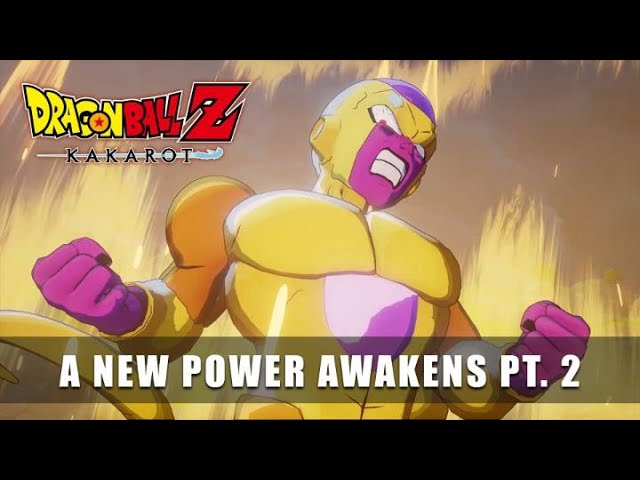 Early response to the Kakarot season pass has not been especially positive, since the first release didn’t have a ton of content, and it’s been a long wait for more. Here’s hoping this week’s release and DLC 3 both prove a bit more satisfying for connoisseurs of anime games.