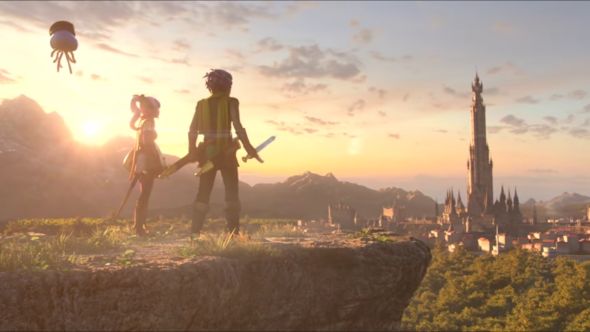 For more epic quests, check out the best RPGs on PC.

In Dragon Quest Heroes II you’ll take the role of either Lazarel or Theresa, dedicated students of battle. You’ll form a party with a number of other unique heroes, before setting out across an interconnected landscape of varied environments to do battle with a “dark shadow” that threatens a 1,000-year peace. You can choose from a number of vocations (that is, classes), including warrior, priest, thief and more, each with a unique role in controlling the battlefield.

Challenges include “difficult boss raids” and “dimensional dungeons”, but you can tackle it all alongside up to three other friends in online co-op.

American readers can get pre-order a PC download of the Explorer Editionherefrom Squeenix’s store, but the equivalent listing hasn’t appeared on the EU store yet. Dragon Quest Heroes II doesn’t have a Steam page either, but it’s scheduled to come to that platform on April 25.

For more information, check out the trailer above, or the official website here.